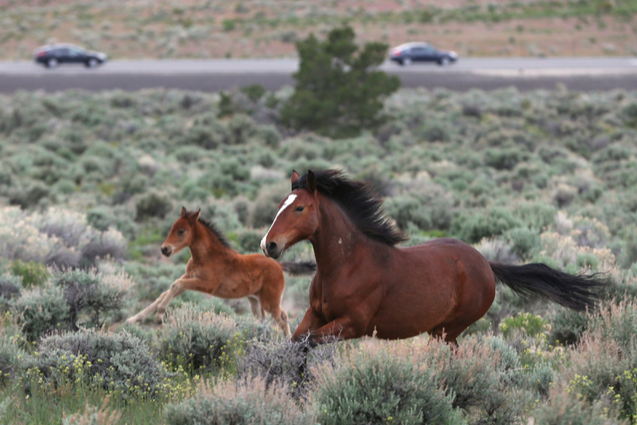 As published by the Las Vegas Review-Journal

RENO — Animal rights activists are suing to block what they say is an unprecedented federal plan to capture thousands of wild horses over 10 years in Nevada.

Friends of Animals accuse the U.S. Bureau of Land Management of violating the National Environmental Policy Act by approving the removal of nearly 10,000 mustangs across an area near the Nevada-Utah line almost twice as big as Delaware.

The suit filed Thursday in federal court in Reno says the roundup decision is unprecedented in both size and scope.

BLM District Manager Jill Silvey says the gathers are needed to protect the rangeland from overgrazing in an area that has 10 times more mustangs than the land can sustain.

The group says the plan is based on outdated population targets adopted in management plans that haven’t been updated in more than a decade.