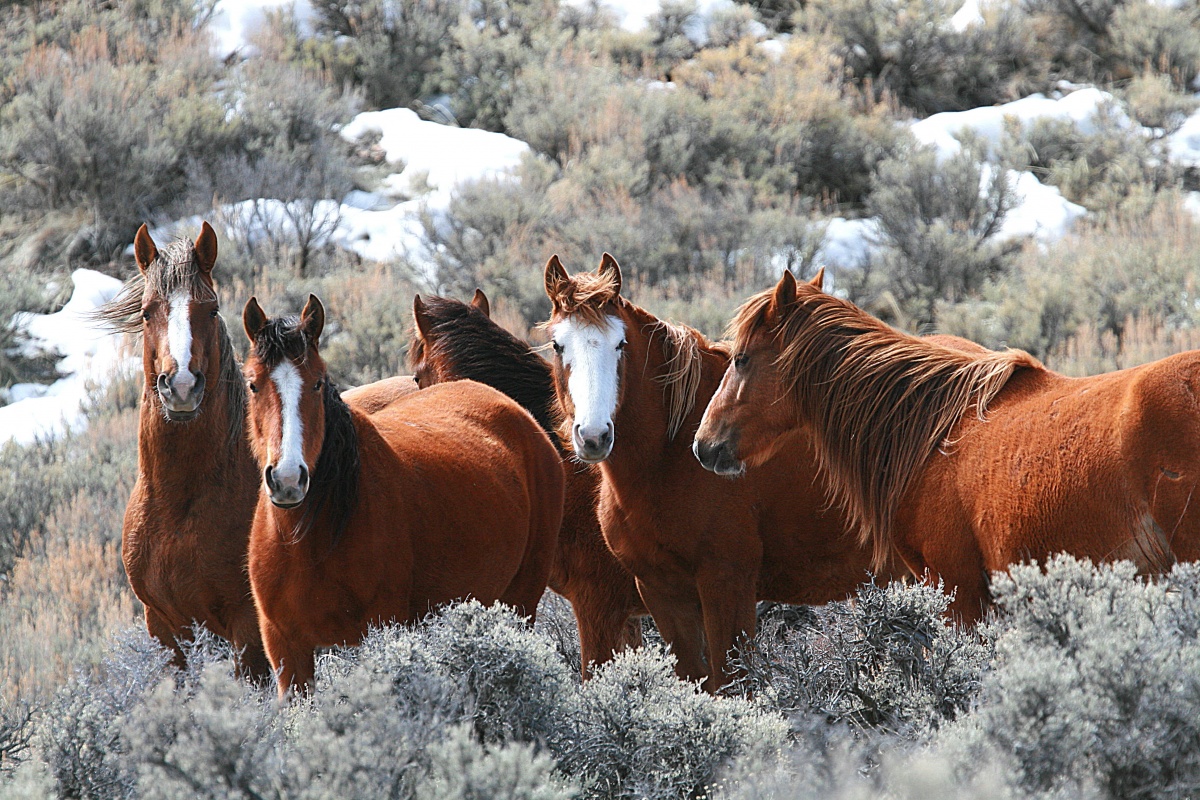 The Bureau of Land Management is poised to deliver a long-awaited comprehensive plan to Congress outlining strategies to reduce growing herds of wild horses and burros on federal rangelands and the escalating costs to manage them.

BLM is rushing to finish the report after congressional appropriators in the recently approved fiscal 2018 omnibus spending bill admonished the agency for failing to “provide a comprehensive plan” to Congress.

“The failure to address these problems is irresponsible and will result in irreparable damage to the landscape and the welfare of the animals protected” by the Wild Free-Roaming Horses and Burros Act of 1971, the bill states.

The omnibus directed BLM to deliver the plan to members of the Senate and House appropriations committees within 30 days of the bill’s enactment, or roughly by the end of April.

BLM is now in the “final stages of developing a plan to Congress” that will outline “several management options aimed at putting the Wild Horse and Burro Program back on a sustainable and fiscally responsible track,” Amber Cargile, BLM’s acting national spokeswoman, said in an email to E&E News.

Cargile said the report “is still under internal review.” She added, “Until it’s finalized, I’m unable to speculate on the report contents.”

But sources said the plan will at least broach the subject of allowing the agency to more easily transfer wild horses and burros removed from federal rangelands to other federal, state or local government agencies, and to consider lifting restrictions on the limited use of euthanasia.

President Trump’s $1 billion fiscal 2019 budget request for BLM proposes allowing rounded-up wild horses and burros to easily be transferred to other government agencies and, in cases involving older, injured or sick animals, to be euthanized — an idea that has sharply divided members of Congress.

Trump included a similar request in his fiscal 2018 budget request. The omnibus spending package approved this month, however, left in place long-standing “prohibitions” on unrestricted sale and euthanasia.

BLM officials have long argued, to Congress and the public, that bold action is needed to address the 75,000 wild horses and burros roaming across roughly 27 million acres of federal herd management areas — approaching 50,000 more animals than the appropriate management level, or what regulators believe is the maximum number the rangeland can handle without causing damage to vegetation, soils and other resources.

BLM spends more than $50 million a year — roughly two-thirds of the annual Wild Horse and Burro Program budget — to feed and care for the thousands of wild horses and burros removed from the range in off-site corrals and holding pens.

The agency has warned Congress that it could cost as much as $1 billion to feed and care for the rounded-up horses and burros over their lifetimes.

Cargile added that BLM “is committed to working with Congress, states, local governments and our partners to find commonsense solutions that reduce the chronic overpopulation of wild horse and burro herds on public lands.”

But several sources cast doubt about BLM’s confidence in the report or what the final report to Congress will recommend.

One source said BLM last week held a “crisis” meeting to discuss the report, along with several other outstanding reports on different topics that are due to Congress.

Another Interior source said BLM completed a version of the comprehensive plan last fall but determined that the report was “poorly written” and never sent it.

That would be consistent with public comments made last year by Kristin Bail, BLM’s assistant director of resources and planning.

Bail told members of the BLM National Wild Horse and Burro Advisory Board in October that the agency’s comprehensive report would be delivered to Congress by November.

The national advisory panel at that meeting later voted to recommend that BLM take definitive steps to remove — and destroy if necessary — thousands of excess animals that federal officials concede the vast Western rangelands can no longer sustain.

Such recommendations in the forthcoming report would spark controversy among elected leaders and draw staunch opposition from wild horse advocates.

The issue has long perplexed the Interior Department. In an interview published this week in a Public Lands Foundation quarterly newsletter, former Interior Secretary Sally Jewell touched on its complexity.

According to the newsletter, Jewell said she had been “warned” by her predecessor, Ken Salazar, to tread lightly around the issue. “Stay away from it if you can, because there are no solutions without changes in the law,” Jewell said.

But there are plenty of opinions.

The U.S. Cattlemen’s Association has lobbied Congress to allow BLM to sell without restriction excess horses on federal rangelands and in holding pens and corrals — and to euthanize those animals that have been unsuccessfully offered for adoption more than three times.

But the American Wild Horse Campaign and other advocacy groups have countered that Congress needs to provide additional funding to carry out darting of horses and burros with fertility vaccines, specifically porcine zona pellucida, or PZP, which renders mares infertile for roughly a year.

They have also lobbied for more funding to train captured horses and burros to make them more desirable for adoption, and for BLM to actively partner with volunteers to do most of the fertility vaccinations.

Roy added, “Bottom line: BLM must stop pushing slaughter of tens of thousands of horses and start focusing on humane solutions to reduce population growth rates and keep wild horses on the range where they belong.” 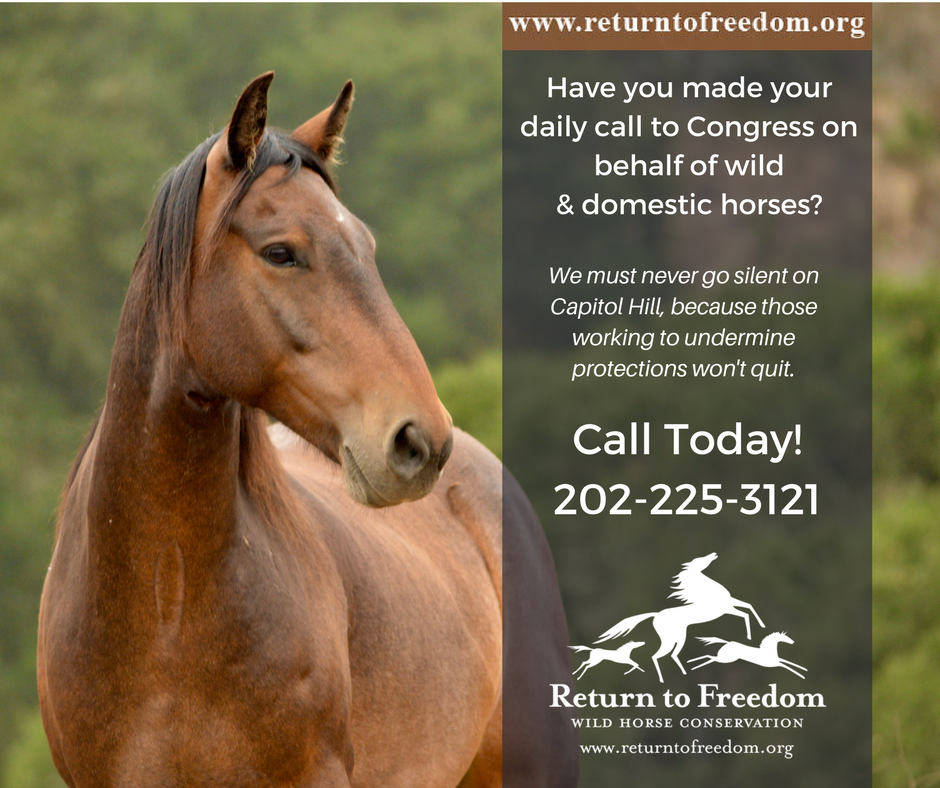