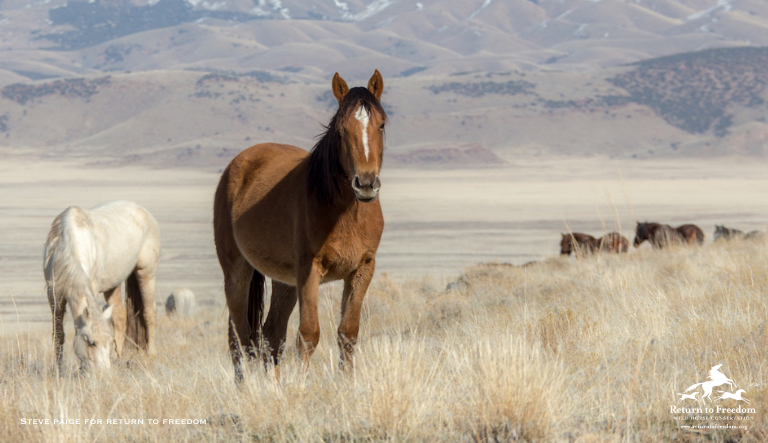 A top Interior Department official said the agency will now begin executing a plan to transfer the Bureau of Land Management’s Washington, D.C.-based headquarters to Colorado after the conclusion of a congressional review period passed without objections from lawmakers.

Cole Rojewski, director of Interior’s Office of Congressional and Legislative Affairs, said yesterday during an event sponsored by the Western Caucus Foundation, an arm of the GOP-led Congressional Western Caucus, that the absence of an objection from House and Senate appropriators is the same as if Congress “blessed” the move to Grand Junction, Colo.

“About two hours ago, we just passed the 30-day notification of the House and Senate appropriations committee” with “no objection” from lawmakers, Rojewski said during a congressional caucus roundtable discussion in Lake Tahoe, Calif.

“So it’s moving forward. Tomorrow morning, Interior will start gearing up, and Congress has now blessed it, and the headquarters will be moved to Grand Junction, Colo.,” he said.

He added, “We’re really excited about it, and we appreciate Congress going 30 days and not saying anything,” Rojewski said to loud applause.

But a House Appropriations Committee spokesman dismissed Rojewski’s comments, telling E&E News today that claims Congress has given its approval to the relocation plan, either formally or informally, are “completely inaccurate.”

“Far from blessing this reprogramming, appropriators have in fact demanded more information about this proposal” that they so far have yet to receive, said Evan Hollander, the committee spokesman, in an email.

Interior spokesman Russell Newell, though, reiterated this afternoon that “we have answered every single question asked by the Committee. No additional follow up questions were received.”

Complicating matters is that Congress is on its annual summer recess until next month and has been for most of the 30-day review period.

The House Natural Resources Committee has already scheduled a Sept. 10 hearing on the proposed BLM relocation.

“I’m really worried for the affected employees that are worrying themselves sick over this,” said Ed Shepard, president of the Public Lands Foundation, a BLM retirees group. “The more senior ones have been through things like this before, but those who haven’t and have kids in school or spouses with jobs and can’t move on a moment’s notice are really feeling this.”

In addition to the conclusion of the congressional review period, Aug. 15 was also a soft deadline for employees moving to Grand Junction and other locations to notify their supervisors if they planned to accept the relocation and move in the next couple of months, sources said. Employees who did so could request which city they preferred to be relocated, according to sources.

Russell Newell, an Interior spokesman, in an emailed statement to E&E News, did not provide information on how many employees indicated they plan to opt in and move. Newell did say those numbers will be made public “in the near future.”

Newell also confirmed Rojewski’s statement that Interior believes it “has met its commitment to provide Congress with an opportunity to review its reorganization plan” for BLM.

He said Interior is now “moving ahead with a thoughtfully considered and carefully developed plan that will place the BLM’s leadership closer to the lands and resources they manage. BLM leaders will continue to talk with staff members about the options available to them, and believe that this move West will result in improved services for the American people and significant benefits for the bureau and its staff.”

Twenty-seven top-level positions are slated to move from D.C. to BLM’s new headquarters in Grand Junction. The BLM director, deputy director of operations, assistant directors and a few selected members of their staffs will be located in Grand Junction.

A city of approximately 63,000 residents, Grand Junction is 243 miles west of Denver. It is the largest city in Mesa County, which President Trump won by a 64-28 margin in 2016.

Under BLM’s plan, the deputy director of policy and programs will remain in Washington, D.C., along with 60 staffers in areas like legislative affairs and regulatory affairs.

Joe Balash, assistant Interior secretary for land and mineral management, told reporters during a conference call last month that “most of these positions” will be relocated “over the course of the next 15-plus months.”

Balash added, “We’re working with each individual employee to identify whether they in fact want to move, and if they do what timing best suits their personal and professional situation.”

For those not moving, he said at the time, “we’ll be looking to place them, first and foremost, right here with BLM, in positions available in Washington, D.C.”

Balash said during the conference call that the number moving to Grand Junction could “flex up or down” somewhat as relocation planning proceeds.

Despite assurances that employees will be taken care of, Mick Mulvaney, director of the White House Office of Management and Budget, raised eyebrows earlier this month when he said during a speech in South Carolina that relocating government offices is an effective way to “drain the swamp” by reducing the federal workforce (Greenwire, Aug. 5).

“By simply saying to people, ‘You know what, we’re going to take you outside the bubble, outside the Beltway, outside this liberal haven of Washington, D.C., and move you out to the real part of the country,’ and they quit,” Mulvaney said in a speech. “What a wonderful way to sort of streamline government and do what we haven’t been able to do for a long time.”