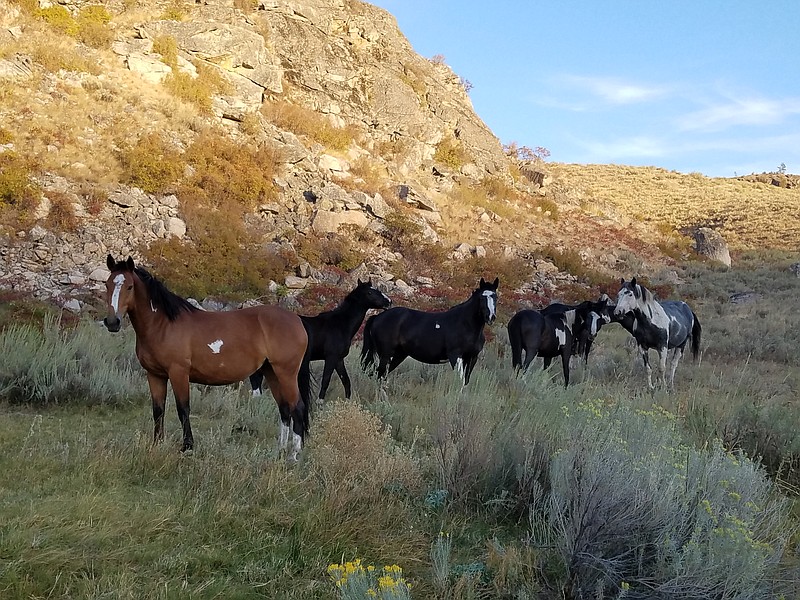 Return to Freedom urges the business council of the Confederated Tribes of the Colville Reservation to hear the voices of tribal members who’ve objected to the planned roundup and reconsider its decision. There are safe, proven and humane solutions for on-the-range management of wild horses.

As published by The Grand Coulee Star

The Colville Tribes responded with a press release last week regarding a controversial decision to approve a contract to round up approximately 1,250 horses from the reservation.

“Chairman Cawston noted that these steadily increasing horse numbers have caused serious environmental damage to wildlife habitat, and to native plant life,” the press release states. “Overgrazing by wild horses has led to the spread of invasive plant species, soil compaction, and erosion,” the release continues. “Wild horses also compete for forage with big game animals such as deer and elk, and for habitat occupied by sharp-tailed and other grouse species. A number of wild horses on the reservation died from starvation in the winter of 2016-2017, an event which points directly to an excessive population. The Tribes’ goal of the wild horse management plan is for horses to maintain a healthy and desirable horse population, minimize the negative impacts to the environment, and decrease competition with big game species.”

The decision has been controversial, largely due to the horses being destined for eventual slaughter, the impact removing horses at random has on the herds, the use of helicopters in the roundup, as well as tribal members’ personal horses being taken away in a past roundup in 2015.

The Star reported last week that some tribal members felt that their objections were ignored by the council. Those members said the council has failed to implement the tribes’ 2010 Wild Horse Management Plan, that the current decision is rushed and that there are better solutions.