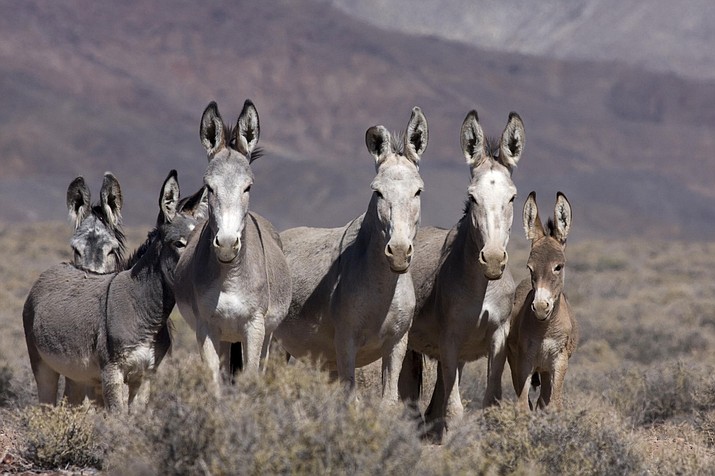 As published by The Press-Enterprise

A longstanding ban on federal funding for euthanizing and slaughter sales of wild horses and burros on public lands will continue through the omnibus spending bill approved by Congress and signed by President Donald Trump last week.

Last summer, the House appropriations subcommittee that oversees the Department of the Interior voted along party lines to remove the ban and open the door for more than 70,000 wild horses and burros on Bureau of Land Management acreage to be killed.

Advocates for lifting the ban, including cattle ranchers, a number of House Republicans and the Trump administration, said the wild horse and burro population on public lands is unsustainable. The animals compete with livestock for grazing, and a lack of food dooms many wild horses and burros to starve to death, the ban’s critics argued.

“It’s like going into a humane society that has euthanized cats and dogs as they do all the time and saying, ‘I want you to put them in a cage and starve them to death,’” Rep. Chris Stewart, R-Utah, who sponsored an amendment to lift the ban, said last summer.

Rather than euthanizing horses and wild burros, the BLM has been rounding them up and holding them indefinitely in off-range facilities. Last summer, BLM officials said close to $50 million of the wild horse program’s $80 million budget is spent caring for the 46,000 horses in those facilities and the program’s budget has quadrupled since 2000.

Wild horse advocates disputed the overpopulation claim. Killing the horses is cruel and an insult to the horses’ status as an enduring symbol of the American West, advocates argued.

The Senate version of the spending bill kept the ban in place, and the ban, which also effectively bans horse slaughterhouses in the U.S., made it into bill’s final version. Wild horse advocacy groups lauded the decision.

“The power of the people has prevailed,” American Wild Horse Campaign executive director Suzanne Roy said in a news release. “We’re pleased that Congress has chosen to stand with the 80 percent of Americans who want America’s horses to be protected, not brutally slaughtered.”

“We’re pleased that Congressional leaders have listened to their constituents, who are as overwhelmingly opposed to the needless killing of horses as they are supportive of protecting wild horses and burros on our public lands,” Neda DeMayo, founder and president of Return to Freedom Wild Horse Conservation, said in an emailed statement.

Ethan Lane, executive director of the Public Lands Council, which represents ranchers with grazing permits on public lands, was happy the bill included a directive to address the problem of horse overpopulation. The interior department did not deliver a report on the matter as directed by Congress last year, he said.

“The onus is now back on the Department of the Interior to deliver that report,” Lane said. “I think that process should help them to work through and understand why this (ban) that’s been in place for so long has been so problematic in the management of horses under the BLM.”

In an emailed statement, Rep. Ken Calvert, R-Corona, who chairs the House appropriations subpanel on interior department spending, said: “The status quo still isn’t working for our wild horses and burros, the ecology on the range, or the American taxpayers.”

“We need solutions, which is why the bill directs the Interior secretary to bring Congress a plan to address this growing problem within 30 days.”

While they’re celebrating, wild horse advocates are preparing for another fight, saying next fiscal year’s interior budget request calls for lifting the ban.

“We call on the Trump administration to work with the nonprofit sector to implement humane, scientific and publicly acceptable management solutions to protect these cherished animals on our Western public lands for future generations to enjoy,” Roy said.