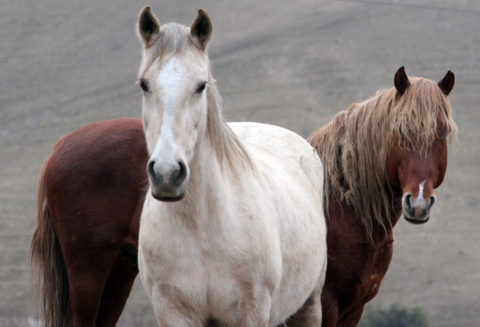 Hope is a beautiful palomino mare captured from her home on the Silver King Herd Management Area in northwestern Nevada’s Great Basin. The Bureau of Land Management rounded up some 500 wild horses by helicopter in October 2010.

Hope suffered a facial wound during the roundup. Her family band’s stallion, Galahad, fought off other stallions for five hours in a temporary holding pen to protect Hope, his injured six-year-old lead mare and their young colt, Sterling, before they were eventually separated by BLM.

RTF worked with another advocate to track down the separated wild horse family. Against all odds, we were able to gain possession of the chestnut stallion, his beautiful lead mare, Hope, and their curious palomino son, Sterling.

In 2015, after almost 5 years apart, the trio were finally reunited at Return to Freedom’s sanctuary in Lompoc, California. On that day, Hope watched Galahad from the other side of a fence as two other mares wandered up to meet him. After they walked away, Hope approached him slowly. She was very focused. Nose to nose, Hope and Galahad shared their breath and squealed.

Galahad and Hope have been inseparable ever since. In April 2017, they were released together at RTF’s 2,000-acre San Luis Obispo, Calif., satellite sanctuary, where Sterling also lives among the larger herd always close to his devoted mare Mycah.

The history of the Silver King wild horse herd is not entirely clear. It is believed that these horses are descendants of ranch horses, miners, and settlers and possibly some Army remount horses. The BLM states that the horses are probably comprised of quarterhorse, thoroughbred, morgan and draft breeds. 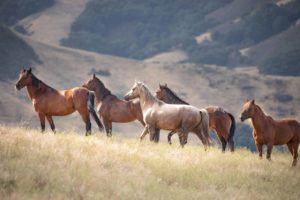 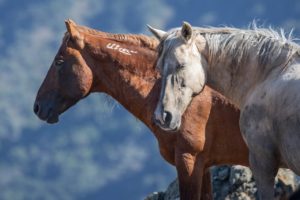 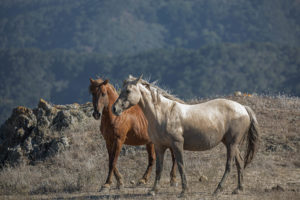 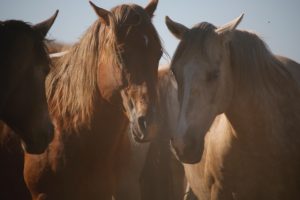 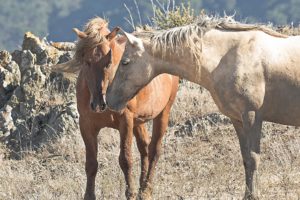 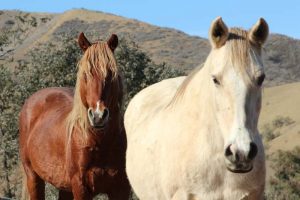 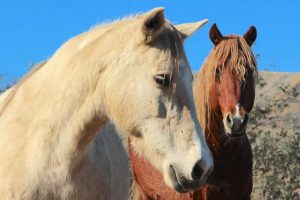 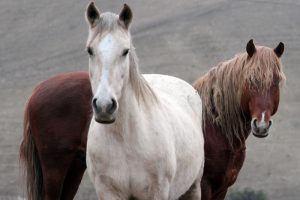