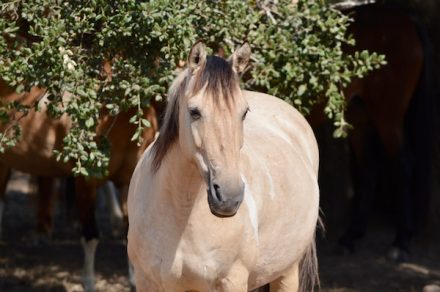 Nane’ is a wonderful nurturing mom and is happiest when resting in the shade of an oak tree with her band sisters. She is close with Yellow Knife but gets along with everyone.

The generational bonds within the Choctaw herd are strong and deep. The education and nurturing is very visible and active between the horses throughout the herd.

The Choctaw Indian Pony was an integral part of Choctaw tribal culture, spirituality, and heritage. This tough, small horse lived through struggles and tragedies with the tribe, including carrying the infirm during the forced relocation of the Choctaw and Cherokee peoples known as the Trail of Tears. For decades, the tribal people hid these treasured ponies in the hills to prevent their extermination.

In 2005, RTF collaborated with screenwriter John Fusco to launch the Choctaw Horse Conservation Program. Dr. Phillip Sponenberg of the Virginia-Maryland College of Veterinary Medicine, who considers this a genetic rescue effort, chose a band of seven mares from Blackjack Mountain to join a varnished grey roan tobiano stallion, Chief Iktinike, to form a foundation group to send to Fusco’s Red Road Farm in Vermont. In 2008, they made the trip to RTF’s headquarters sanctuary in Lompoc, Calif.

That same year, the timber company ceased all livestock and horse grazing leases on Blackjack Mountain and all the horses were removed. Bryant Rickman continues Gilbert Jones’s legacy in Oklahoma while programs like RTF’s support the conservation of these horses that represent the origins of the Spanish mustangs in America. 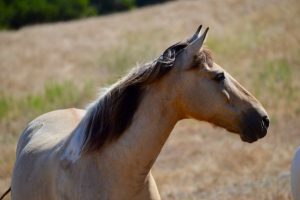 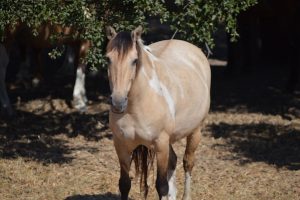 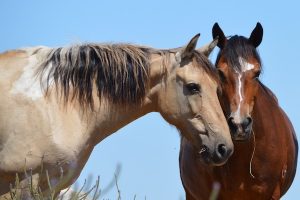