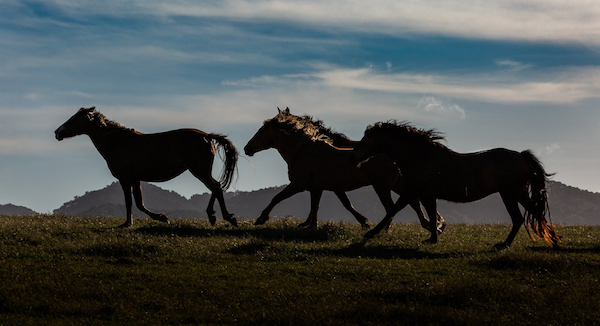 Return to Freedom is working hard in the fight against horse slaughter: the ultimate betrayal of the horses, burros and other equines that are so important to our country’s history and culture.

The battle is advancing on several fronts:

–In the House of Representatives, the Safeguard American Food Exports (SAFE) Act has amassed 155 bipartisan cosponsors since being reintroduced in February as H.R. 961. The bill would permanently ban slaughter and the transportation of horses out of the country for that purpose.

TAKE ACTION: Click here to send a message in support of the SAFE Act.

–Until the SAFE Act becomes law, RTF works each year to ensure that language is included in the annual Agriculture appropriations bill prohibiting the U.S. Department of Agriculture from using tax dollars to hire horsemeat inspectors. This serves as a temporary ban and has helped keep horse slaughter plants in the United States closed since 2007.

The “defund” language has advanced in the House as part of the Fiscal Year 2020 ag funding package. The Senate is expected to take up its own ag funding bill soon.

–As part of the Fiscal Year 2020 Interior Appropriations bill, which funds the Bureau of Land Management, lawmakers have included key protective provisions for which RTF lobbied hard. These would bar BLM from selling wild horses without restriction — a path into the slaughter pipeline — as well as the agency itself killing healthy wild horses and burros.

—RTF remains involved in federal court-ordered settlement talks with the Forest Service over that attempt to sell captured wild horses without restrictions. For now, a stipulated prohibition remains in place, keeping the agency from selling horses without slaughter protections.

–RTF is also supporting a California bill, A.B. 128, aimed at strengthening the state’s existing anti-slaughter law. The bill has passed in the Assembly and moved on to the State Senate.

TAKE ACTION: Californians, click here to send a message to your state senator in support of A.B. 128.