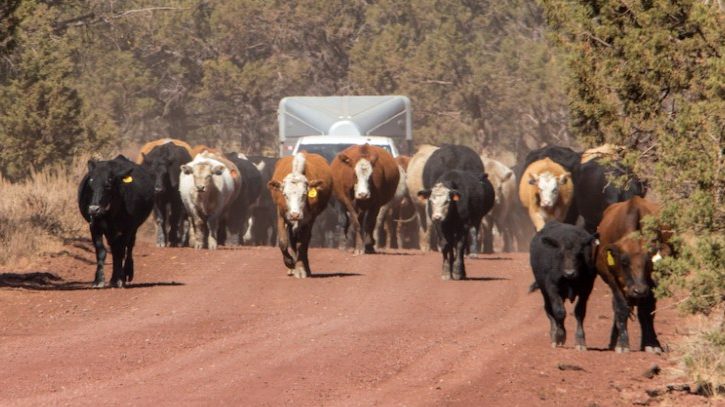 The grazing fee for the privately-owned livestock that dwarf the number of wild horses allowed on public lands will remain at its lowest possible legal level, the Bureau of Land Management and U.S. Department of Agriculture announced this week.

The grazing fee is calculated based on private grazing land lease rates, beef cattle prices and the cost of livestock production. Congress established a formula in 1978 that has continued under presidential executive order since 1986.

The fee cannot fall below $1.35 per AUM or increase or decrease more than 25 percent from the previous year’s level, under the executive order.

An Animal Unit Month is the amount of forage needed to feed a cow-calf pair, one horse or five sheep for one month. A Head Month is a month’s use and occupancy of range by one weaned or adult cow with or without calf, bull, steer, heifer, horse, burro, or mule, or five sheep or goats.

The federal public lands grazing fee is only a fraction of that charged to graze livestock on private land. In 2020, private lands fees averaged $20.60 per Animal Unit Month across 17 Western and Midwestern states, according to the National Agricultural Statistics Service.