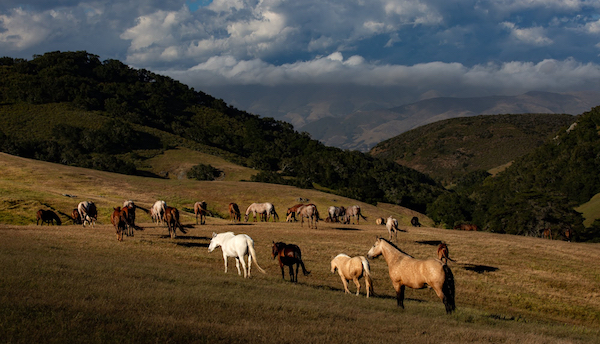 Bruce Rittenhouse, acting chief of the Bureau of Land Management’s Wild Horse and Burro Program, reportedly told the National Wild Horse and Burro Advisory Board at a meeting Wednesday in Boise, Idaho, his agency would submit a report to Congress next month that may include protocols for permanent sterilization of wild mares. Congress has also directed BLM to analyze euthanizing older wild horses and burros viewed as unadoptable, Rittenhouse said.

“The BLM continues to pursue the dangerous and unscientific plan of surgical sterilization of wild mares on the range, a proposal already rejected by wild horse experts, the courts and Congress,” said Chris Heyde, lobbyist for RTF. “Return to Freedom has been a strong and adamant opponent of this and other invasive procedures and will continue to oppose them at every turn. The agency will be increasing roundups and is again looking at killing thousands of ‘older’ wild horses and burros as a management tool, and that is unacceptable as well. This mentality is exactly why Congress needs to intervene and require non-lethal, humane, readily available solutions that can be implemented immediately.”

These kinds of deadly and dangerous solutions are exactly why Return to Freedom, the Humane Society of the United States and the ASPCA worked with scientists and an economist and helped coalesce common-ground support from a variety of rangeland stakeholders, including livestock interests and the state and local governments, to submit a non-lethal, humane, long-term proposal to Congress.

The joint proposal calls on lawmakers to force BLM to establish a successful fertility control program on the range in order to phase out in 5-10 years the expensive and inhumane 40-year-old practice of capture, removal, and warehousing of wild horses.

It will take time for fertility control to catch up with foaling rates, but the proposal offers a way for Congress to avert disaster. The proposal also calls on lawmakers to protect healthy wild horses and burros from being killed by BLM or sold without protections against slaughter and move thousands of horses in government corrals to more natural, less costly pastures.

“Time after time, members of Congress have told me in D.C. that it is time to stop bickering and come up with a plan that breaks the dysfunctional cycle of wild horse management,” Heyde said. “Congress will not continue to just toss money at the situation unless real solutions are presented. RTF has always put the welfare and the future of wild horses and burros first and will continue to do so as we fight sterilization, euthanasia and any other inhumane options that BLM presents to Congress.

“We hope that we can have discussions with the BLM about implementing humane alternatives. The agency is presenting Congress with options, but it has offered many before that were neither humane nor politically viable — from selling horses without protection from slaughter to foreign adoptions. We urge the BLM not to present anything that has already failed.

“It’s imperative at this time for Congress to draw on the support of that diverse stakeholder group to steer the agency toward viable, non-lethal and humane solutions for America’s wild horses. It should support the draft proposal offered by RTF, HSUS, ASPCA and other stakeholders.”

Read more about the joint proposal to Congress.