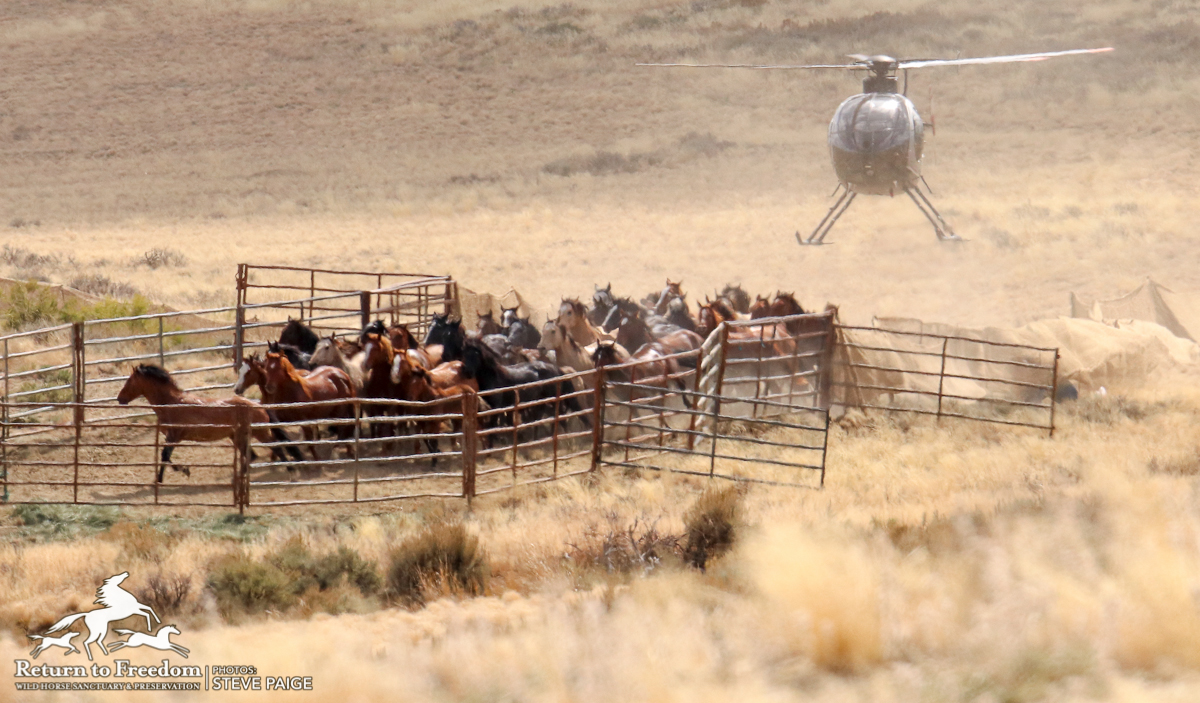 A contractor’s helicopter drives wild horses in a trap during a 2017 roundup in Wyoming’s Checkerboard region. RTF file photo by Steve Paige.

Two wild horses died and at least 87 were captured as the Bureau of Land Management’s Red Desert Complex roundup continued on Thursday, bringing the number removed from their home range to 434 in just three days.

According to BLM, one foal was put down after breaking its hind leg. Another horse was also euthanized for “a pre-existing condition,” but the agency did not say in its gather report what that condition was and did not post a veterinary report.

Also on Thursday, BLM said it sent an orphaned foal to the Wyoming Honor Farm, a prison in Riverton, Wyo., with a wild horse program dating to 1988.

BLM intends to remove 2,670 adult wild horses — 76% of the Red Desert population — from their home range over the next six to eight weeks.

On Wednesday, 93 wild horses were shipped to Rock Springs, 36 to Axtell.

BLM’s goal of capturing and removing “adult” wild horses implies that foals may not be counted. In 2017, BLM Wyoming conducted a roundup in the state’s Checkerboard region during which it quickly became clear to observers that foals and weanlings were not being counted toward the total. A federal judge rejected a preliminary injunction intended to stop the roundup, however.