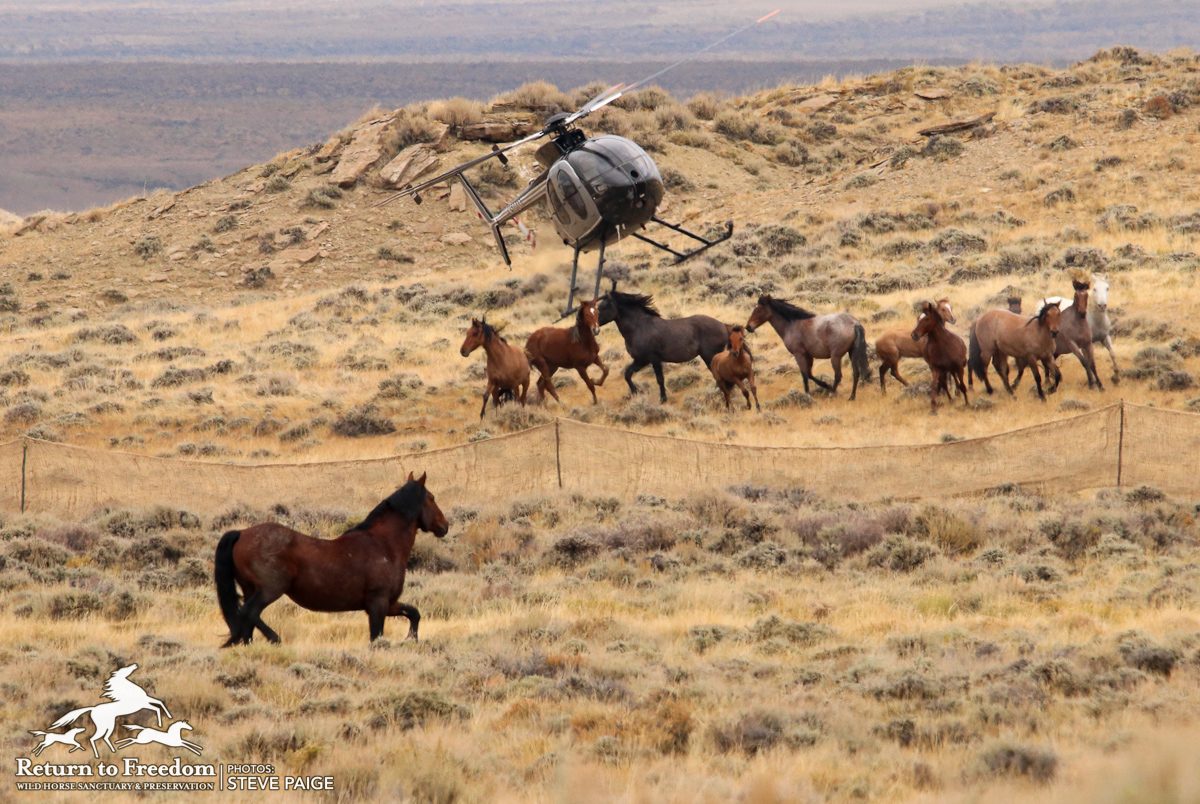 A stallion looks on as his family band is driven into the trap by a contractor’s helicopter during a 2017 roundup in Wyoming’s Checkerboard region. RTF file photo by Steve Paige.

The Bureau of Land Management on Tuesday captured 52 wild horses during the ongoing Red Desert Complex helicopter roundup in Wyoming, bringing the eight-day total to 1,011.

There were no deaths on Tuesday. According to BLM, nine wild horses have died during the roundup, so far, including four foals.

The agency intends to remove 2,670 wild horses — 76% of the Red Desert population — from their home range over six to eight weeks.

On Tuesday, the BLM clarified that it was counting foals toward the capture total, something that BLM Wyoming didn’t do — in a break from common agency practice — during the 2017 roundup in that state’s Checkerboard region.

On Tuesday, 70 wild horses were shipped to Rock Springs, 74 to Axtell.