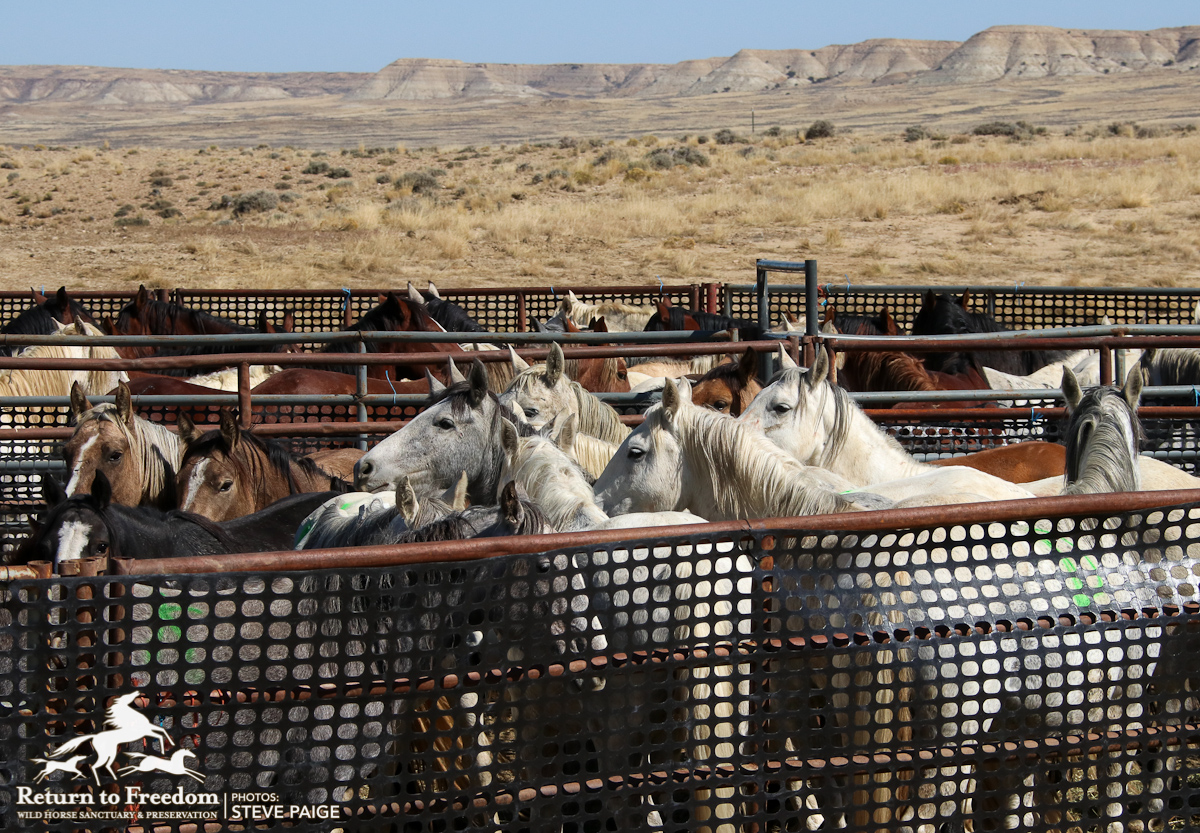 Wild horses in temporary holding pens after being captured during a 2017 roundup in southwestern Wyoming. RTF file photo.

The Bureau of Land Management captured 131 wild horses in southwestern Wyoming on Thursday, the 42nd day of the agency’s largest-ever planned helicopter roundup. No wild horses were reported killed on Thursday.

A total of 1,762 wild horses (677 stallions, 724 mares and 359 foals) have been captured, so far, according to BLM’s gather report. Seven wild horses have been killed: Three were put down for having a club foot, one suffered a broken leg, one a broken neck, and one for capture myopathy brought on by stress. The seventh was “was found on the range away from gather operations with a broken leg and was euthanized,” according to BLM.