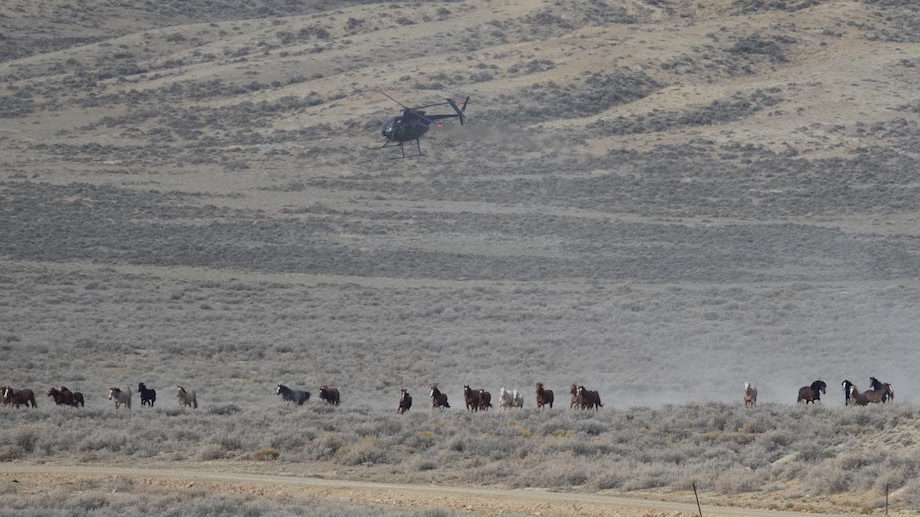 A helicopter drives wild horses toward the trap site on the Salt Wells Creek Herd Management Area in Wyoming on Nov. 18, 2021. Photo by Nadja Rider.

Four wild horses were put down on Monday: a blind 14-year-old mare, an 8-year stallion with “a pre-existng broken leg,” and both a 3-year-old stallion and 3-year-old mare for having clubfoot.

BLM has captured a total of 3,549 wild horses (1,383 stallions, 1,428 mares and 726 foals), so far. Twenty-four wild horses have been killed, 15 put down for what the agency classified as “pre-existing / chronic” conditions, like clubfoot and severe arthritis, while nine have suffered “acute / sudden deaths,” like broken necks.