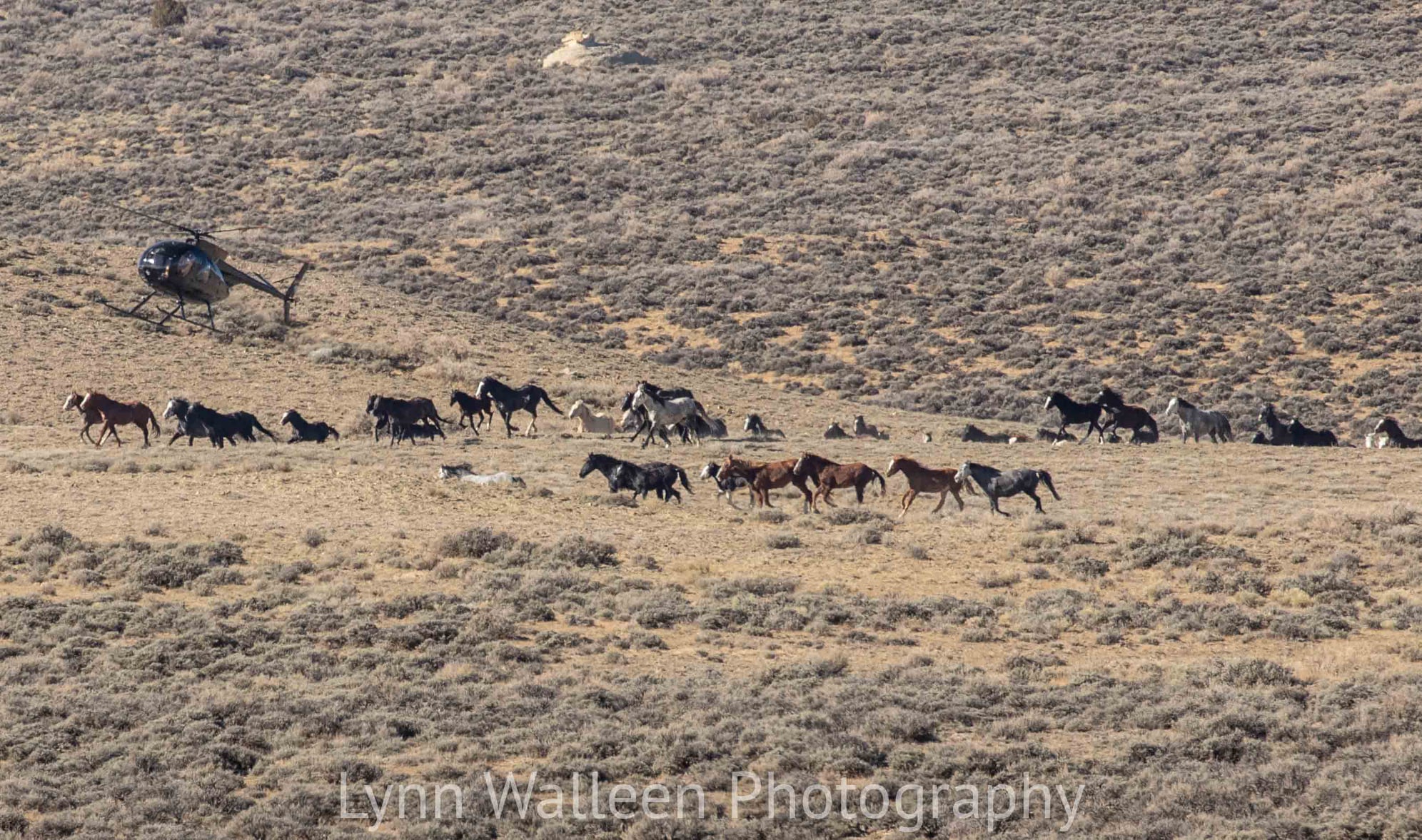 Update: BLM says it released a total of 659 wild horses, with all mares treated with PZP fertility control (297) or given IUDs (31).

BLM set out to capture 4,300 wild horses from five Herd Management Areas with plans to permanently remove 3,500 wild horses and to return 800 wild horses to the range, treating all released mares with fertility control.

BLM captured 4,158 wild horses. A total of 37 wild horses have been killed, 27 put down for what the agency classified as “pre-existing / chronic” conditions, while 10 have suffered “acute / sudden deaths,” like broken necks and broken legs.

A total of 488 wild horses have been released, so far, according to BLM’s gather report, including 237 mares treated with fertility control or with intrauterine devices. BLM was set to release 60 stallions into the White Mountain Herd Management Area on Tuesday.