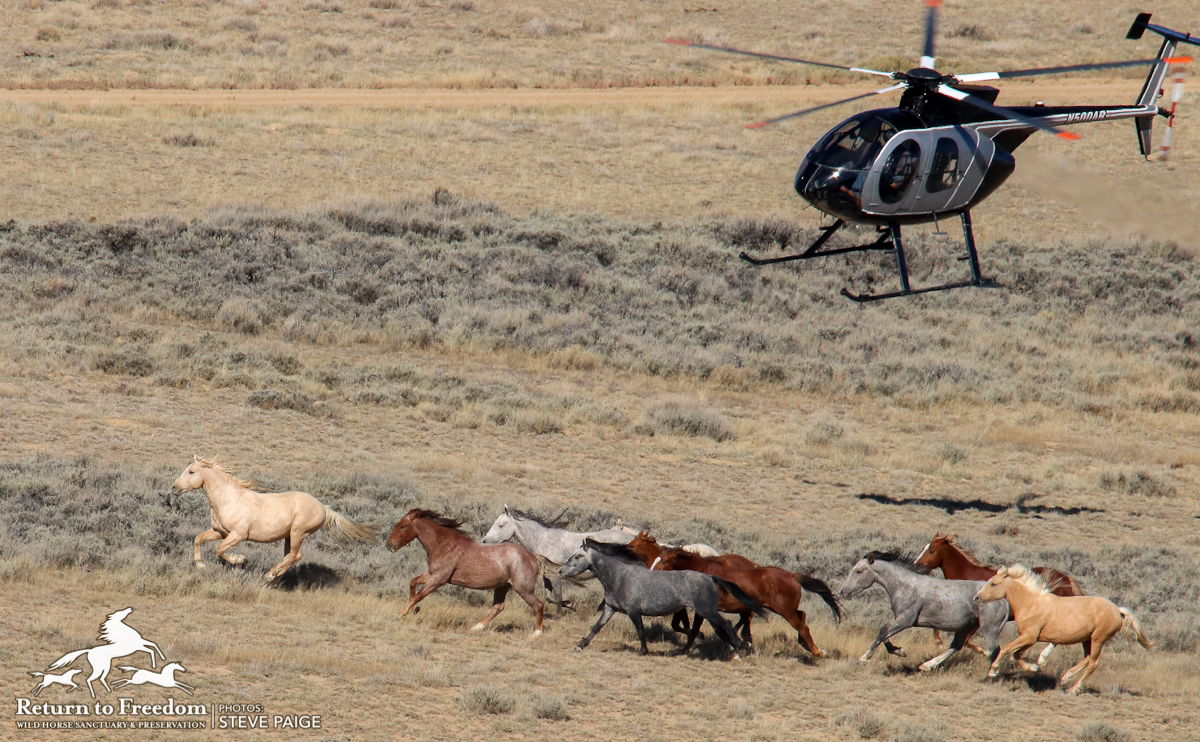 The Bureau of Land Management on Saturday captured 62 wild horses and on Sunday 143 in southwest Wyoming on the 17th and 18thth day of the agency’s largest-ever planned helicopter roundup.

Two wild horses were killed on Saturday. BLM listed them as “acute / sudden” deaths as result of the roundup but provided no further details.

Update: A BLM spokesman said this about the two deaths: “One of the deaths was caused by a broken neck from collision with a panel inside the trap while sorting and loading, after the horse had been captured. The other death was described as capture myopathy, which can occur due to high levels of stress. The on-site veterinarian also performed a necropsy, which showed an enlarged/thickened heart as well, which contributed to the death.”

A total of 745 wild horses (341 mares, 242 stallions and 162 foals) have been captured, so far. Four other wild horses have been killed: Three were put down for having a club foot while a fourth suffered a broken leg, according to BLM’s gather report.