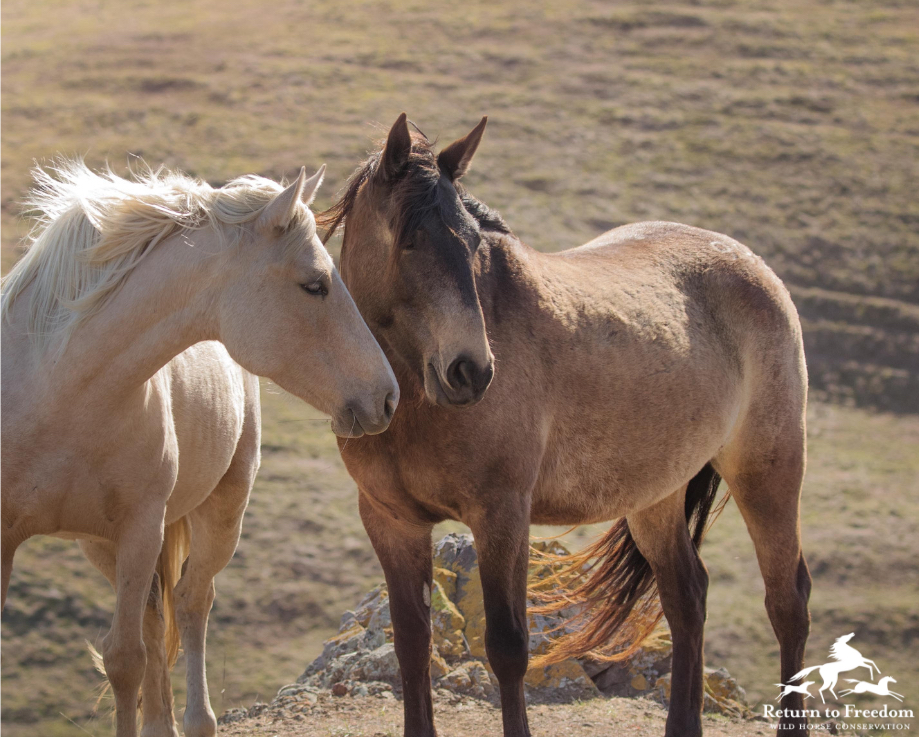 Photo of Trystan and Topaz by Irene Vejar

The Safeguard American Food Exports (SAFE) Act would permanently ban horse slaughter in the U.S. and end the export of horses for slaughter abroad. After a filing error last week, the bill was reintroduced on Monday as H.R. 961 by Reps. Jan Schakowsky (D-Ill.) and Vern Buchanan (R-Fla.).

To read a press from Return to Freedom and other animal welfare organizations supporting the bill, click here.

During the 115th Congress, which ended in December, the SAFE Act amassed 218 cosponsors in the House and 30 in the Senate, but it was not brought up for a vote by the leaders of either chamber. For the bill to have a chance of advancing out of committee, we need to send a loud-and-clear message to Congress that it’s time to protect America’s equines, domestic and wild, from the horror of slaughter.

To send a message to your representative in support of the bill, H.R. 961, click here.