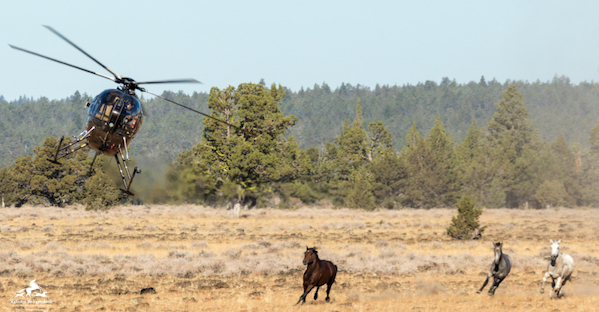 The U.S. Forest Service captured three wild horses on Thursday, the first day of a 600-horse helicopter roundup on Sept. 15 on the Devil’s Garden Plateau Wild Horse Territory, located at Modoc National Forest near Alturas, Calif. No deaths were reported.

The USFS had planned to start the roundup on Wednesday but postponed because some of the contractor’s equipment did not arrive in time.