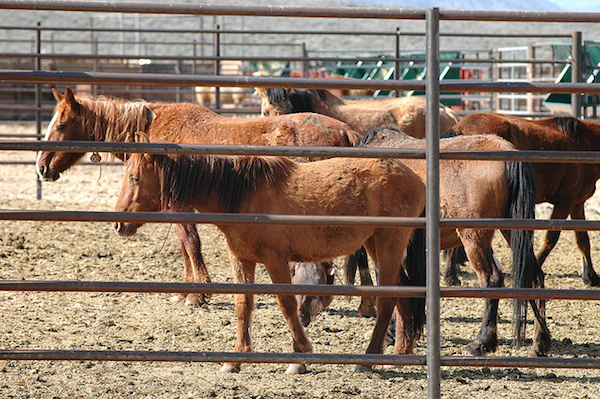 Horses captured during the Triple B Complex helicopter roundup are shipped to the Palomino Valley Wild Horse and Burro Center. BLM Photo.

The Bureau of Land Management captured 62 wild horses on Friday, Feb.16,  during the 17th day of the helicopter drive trapping at the Triple B Complex in Nevada.

The 62 wild horses captured on Friday bring the cumulative total of horses captured from the Trible B Complex up to 1,080. This total includes 426 mares, 420 studs, and 234 foals. Since the start of the helicopter roundup, 25 deaths have been reported, 23 of those being euthanizations due to pre-existing conditions identified by the BLM.

The horses selected will be prepared for adoption at the Palomino Valley Wild Horse and Burros Adoption Center.