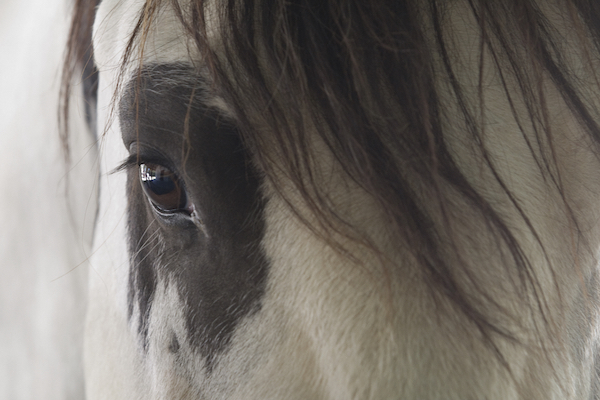 Despite the ready availability of safe, proven fertility control vaccines and public opposition to sterilization, the Bureau of Land Management has repeatedly pushed for such costly, unproven surgeries as a way to curb wild horse population growth.

RTF opposes sterilization for a number of reasons:

No clear vision: This shift is not part of a long-term BLM plan for the future of wild horses and burros. RTF, the Humane Society of the United States and ASPCA have presented a proposal to Congress that would force to the Bureau of Land Management to transition to sustainable on-the-range management using safe, proven and humane fertility control vaccines without resorting to lethal and inhumane tools like killing healthy horses, unrestricted sale (to slaughter) or sterilization surgeries.

A potentially weakened planning process: BLM’s increased push for sterilization coincides with an effort by the Department of the Interior to streamline the National Environmental Policy Act in ways that could undermine government transparency and public involvement in wild horse and burro management. In a BLM response to a review of NEPA (BLM Report in Response to Secretarial Memorandum on Improving Planning and NEPA Processes and Secretarial Order 3355), the agency listed under wishes for future categorical exclusions wild horse and burro gathers and removals or fertility control programs. This would mean that any attempt to reduce wild horse and burro numbers not necessitate an Environmental Assessment. Further, the report suggests removing public comment consideration for sale limitation and euthanasia, as well as limiting any public commenting process from 30 to 15 days. BLM’s response also suggested limiting Freedom of Information Act requests.

Lack of study: Small scale, experimental sterilization has not happened on any Herd Management Area. To carry out mass sterilization without knowledge of how this would affect long-term health and behavior in herds and bands goes against reasonable animal management principals.

Field spays too dangerous: In 2013, the BLM funded a $1 million scientific report from the National Academy of Sciences National Resource Council (NRC), “Using Science to Improve the BLM Wild Horse and Burro Program: A Way Forward.” In the report, the National Research Council (NRC) concluded: “The possibility that ovariectomy may be followed by prolonged bleeding or peritoneal infection makes it inadvisable for field application.” In the past, BLM has proposed studying tubal ligation, which has never been performed on horses; hysteroscopically-guided laser ablation, using a laser to seal oviduct openings, which has never been attempted on wild or domestic mares; and removing both ovaries. This last surgery, ovariectomy via colpotomy, is a rare procedure which removes the ovaries by crushing and pulling them out with a looped-chain medical instrument called an ecraseur. This procedure opens the mares up to: serious risk from infection; evisceration (should intestines come through the incision); and hemorrhaging. There is a high frequency of post-operative complications affiliated with ovariectomy via colpotomy, some of which can be life-threatening. Most domestic horses upon which this surgery is performed are hospitalized for 3 to 7 days and quite carefully monitored post-operatively for signs of hemorrhage (The Horse.com, Ovariectomy, by Michael Ball, DVM, Sept. 2001).

Issues with gelding: While less dangerous, gelding stallions is nonetheless problematic. Gelding a colt that is too young can stunt its growth, while gelding older stallions risks increased bleeding and requires more recovery time. Moreover, it would require gelding all the stallions in a herd, as even a small number of intact stallions can impregnate all the mares in a herd. Surgical sterilization also changes the behavior of wild, free-roaming stallions. “A potential disadvantage of both surgical and chemical castration is loss of testosterone and consequent reduction in or complete loss of male-type behaviors necessary for maintenance of social organization, band integrity, and expression of a natural behavior repertoire,” concluded the NRC.

Unknown cost: There is no known cost associated with sterilizing large numbers of equines in the field.‎ BLM has not presented an analysis for: (1) hiring or contracting the larger number of veterinarians and additional staff sterilization would require, (2) what types of surgeries it would perform, (3) identified needed facilities where horses would be held post-surgery, or (4) the cost of gathering, sorting and transporting captured wild horses and burros. The costs associated with the use of fertility control vaccines are well known by comparison.

Still more delays: Any attempt at mass sterilization will be met with a public backlash and legal action by advocates, delaying efforts to reduce the number of wild horses and burros on the range or the cost of warehousing captured animals even as a safe, proven technology – fertility control vaccines – continues to go all but unused.  Previous attempts by BLM to study sterilization surgeries have proven unpopular with the American people, who polls show overwhelmingly support protections for wild horses and burros, and problematic in court. For example, BLM in 2016 abandoned a plan to spend $348,000 on sterilization experiments on 225 mares, including at least 100 pregnant mares, at its Wild Horse Corral Facility in Hines, Oregon, after public opposition as well as lawsuits filed by at least five nonprofit advocacy organizations that opposed aspects of BLM’s plan to experiment on the very horses it is tasked with protecting under the 1971 Wild Free-Roaming Horses and Burros Act.

In 2017, wild horse advocates prevailed in a U.S. District Court case in which BLM sought to sterilize an entire Idaho herd. The court found that BLM: has a legal mandate to protect horses’ wild free-roaming behaviors and manage wild horses in self-sustaining herds; sterilizing wild horses impacts the herd’s social structure, the wild horses’ behavior, and the public’s interest in preserving and observing those natural wild horse instincts and behaviors; BLM must consider the behavioral and social impacts of sterilization; and that BLM failed to consider the findings the 2013 NRC report that found fertility control is a viable management tool, while surgical sterilization methods are associated with significant health risks and behavioral impacts.

Ready alternative: A cost-effective and humane alternative to capturing and warehousing wild horses – and to the risks and costs of sterilization — has long been available, but it is not being adequately implemented by the BLM. The fertility control vaccine PZP has been shown to be effective and safe. A non-hormonal vaccine, it has minimal effects on behavior and has proven successful across species, including on the range and at RTF’s American Wild Horse Sanctuary, among other projects, for decades. Yet, since 2007, BLM has never spent more than 3.94% of its annual Wild Horse and Burro Program budget allocation on fertility control vaccines. BLM’s failure to implement best management practices resulted in 46,431 wild horses and burros warehoused in government holding facilities, costing taxpayers about $47.5 million annually to house, feed and care for them in 2017.