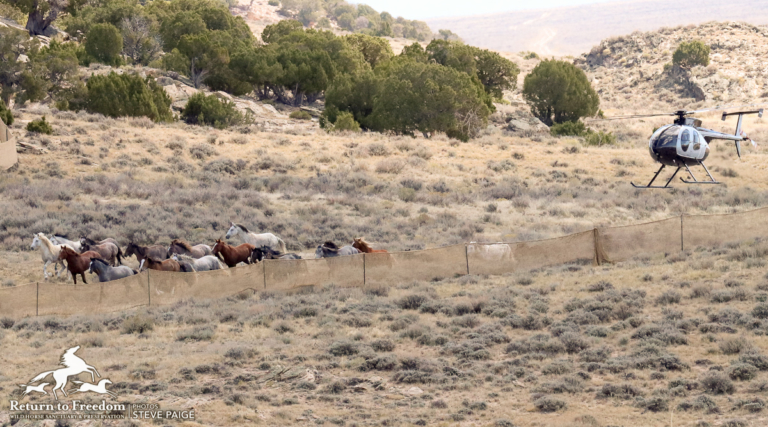 As published by Capital Press

Last year, the Friends of Animals nonprofit filed a complaint seeking to halt birth control treatments of wild horses with a contraceptive known as porcine zona pellucida, or PZP.

The lawsuit claims the U.S. Environmental Protection Agency violated federal pesticide law by registering PZP for wild horses without fully examining adverse effects on the animals or their environment.

The Humane Society of the United States, an animal rights group that registered a PZP birth control with EPA, has now received permission from a federal judge to intervene in the case as a defendant.

Simply removing wild horses from the range doesn’t stop high population growth rates while using PZP reduces the need for roundups over time, according to HSUS.

On Maryland’s Assateague Island, for example, the hazardous horse gatherings have been ended entirely due to birth control, the group said.

Friends of Animals, on the other hand, claims that PZP raises the odds that females will give birth during the wrong season by disrupting their reproductive cycle, which endangers foals due to inadequate food sources.

Repeated use of the contraceptive may also lead to permanent infertility in mares, according to Friends of Animals.

The plaintiff wants EPA to suspend registration of PZP — effectively ceasing its use — until the substance’s toxicity and ecological effects are better understood.

Friends of Animals alleges that studies submitted to the federal government by HSUS weren’t sufficiently thorough.

U.S. Magistrate Judge Patricia Sullivan in Pendleton, Ore., has ruled that HSUS has a “protectable interest” in the lawsuit, as it would be negatively affected by PZP’s cancellation or the need for additional scientific review.

Also, since the EPA’s interests in the case may diverge from those of HSUS, the nonprofit should be allowed to intervene in the case, Sullivan said.