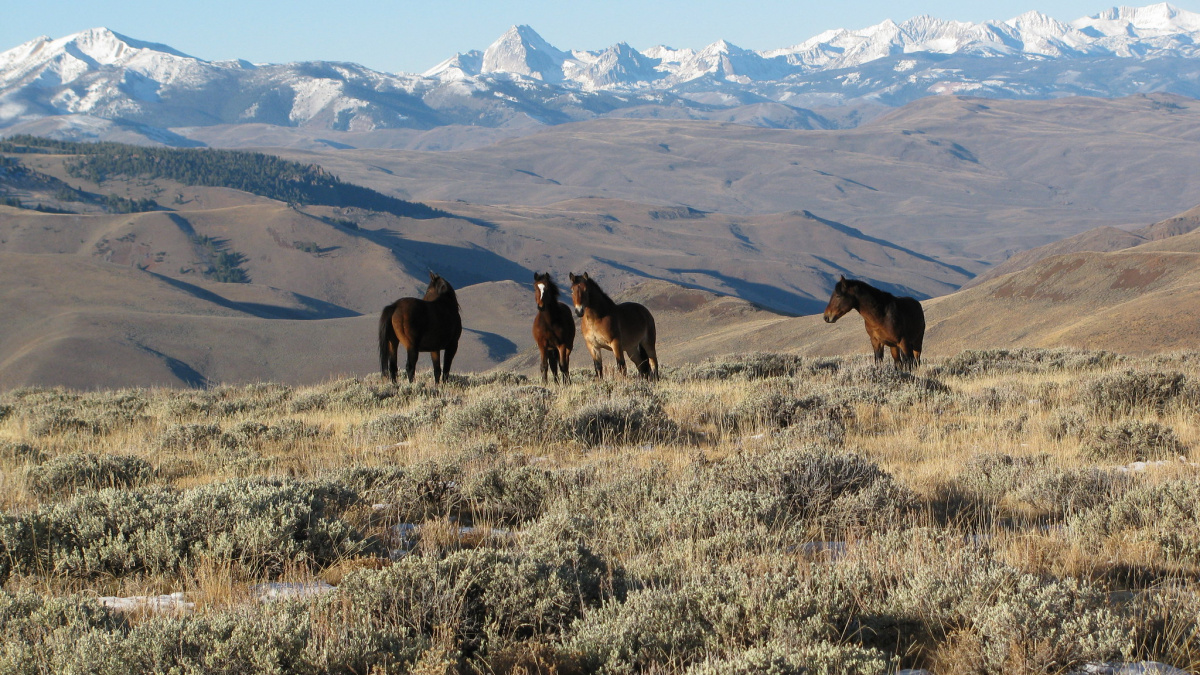 Wild horses are shown on the Challis Herd Management Area in this undated BLM photo.

The Bureau of Land Management has begun a bait-and-trap roundup of wild horses on the Challis Herd Management Area, just south of Challis, Idaho. The agency is using corral panels stocked with water and hay rather than helicopters.

The BLM’s goal is to capture 70 wild horses, removing 39 of the wild horses and returning the balance to the range, according to a press release. Of those, “about” 15 mares will receive fertility control, according to BLM.

Return to Freedom strongly supports the use of the safe, proven and humane fertility control vaccine PZP. Because GonaCon affects the hormone system, it may cause other behavioral changes that would alter herd dynamics, RTF believes more studies are needed to ensure that GonaCon meets the parameters of ethical and thoughtful wildlife fertility control.

“The purpose of the gather is to maintain the population of wild horses, selectively remove a portion of horses for placement into the adoption program, capture, treat, and release horses for application of fertility treatment,” according to the press release.

In 2019, BLM conducted a helicopter roundup on the Challis HMA during which 295 wild horses were captured and 244 were to be removed, with the balance to be returned to the range and mares treated with fertility control.

After that roundup, BLM estimated the number of wild horses remaining on the HMA at 185. Two foaling seasons later, the agency estimates the population to be about 224 horses.

By comparison, the agency allows up to 16,065 Animal Unit Months for seasonal livestock grazing on six allotments that overlap a portion of the Herd Management Area by 79 percent or more (one Animal Unit Month is defined as a month’s forage for one horse, one cow-calf pair or five sheep).

Wild horses removed from the range will be transported to the Challis Off-Range Wild Horse and Burro Corrals to be readied for adoption or sale.

TAKE ACTION: Sign our petition calling for a fair share of resources for wild horses and burros.