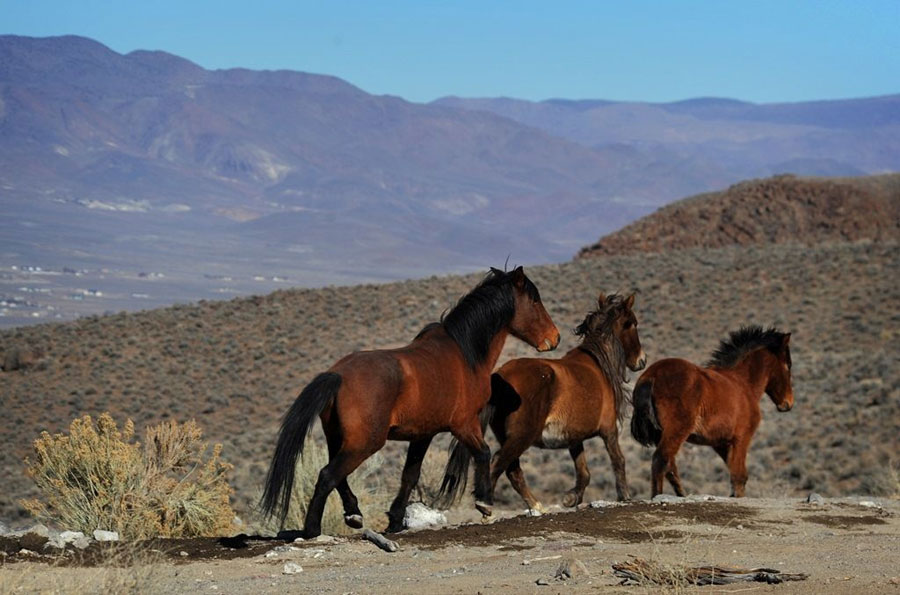 As published by The Associated Press

RENO, Nev. (AP) — Wild horse advocates in Nevada scored a victory Monday in an ongoing legal battle with rural interests they say want to round up federally protected mustangs across the West and sell them for slaughter.

The 9th U.S. Circuit Court of Appeals in San Francisco denied an appeal by the Nevada Association of Counties and Nevada Farm Bureau Federation representing ranchers and others who argue overpopulated herds are damaging the range and robbing livestock of forage.

The decision upholds an earlier ruling by a federal judge in Reno who dismissed their lawsuit in 2015 seeking to force the U.S. Bureau of Land Management to expedite widespread roundups across Nevada.

The 10th U.S. Circuit Court of Appeals in Denver upheld a similar decision in Wyoming in October.

In both cases, the American Wild Horse Campaign and others argued the courts have no authority to order the agency to gather horses in violation of the U.S. Wild Free-Roaming Horses and Burros Act.

“We’re pleased that the courts continue to dismiss attempts by these grazing interests to use the judicial system to rewrite federal law that Congress designed to protect wild horses from capture, not to favor the livestock industry,” said Nick Lawton, a lawyer for the campaign that formerly went by the name American Wild Horse Preservation Campaign.

The Nevada suit filed in 2014 demanded BLM sell older horses deemed unadoptable without the usual prohibition on resale for slaughter. The Farm Bureau argued the overpopulation “has severe impacts on the health of the horses as well as the ecological health and sustainability of Nevada’s rangelands.”

A three-judge panel of the U.S. appellate court agreed with Judge Miranda Du of Reno, repeating her conclusion the plaintiffs had failed to identify any specific final agency actions that could be challenged.

The BLM estimated a year ago that there were 67,027 wild horses and burros roaming federal land across 10 Western states — 40,000 more than the agency maintains the range can sustain. About half are in Nevada.

BLM removed about 8,000 of the horses and burros from the Western range in 2002, but fewer than 4,000 in each of the past two years, due in part to budget constraints.

Terri Farley, a Reno-area based author of the children’s book series, “Phantom Stallion,” and Mark Tewell, who owns Wild Horses of Nevada Photography in nearby Dayton, joined the campaign in opposing the rural counties’ lawsuit.

“This decision should help put a stop to baseless lawsuits from the livestock industry” intended to force the government to round up mustangs across the West, Lawton said.