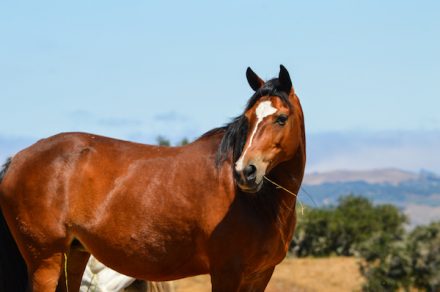 Red Creek is a beautiful rich bay roan Choctaw mare. She was born on March 21, 2001. Red Creek provides a steady strong supportive role to leadership mares and to the whole herd in general. She is alert and prefers to remain a watchful distance from humans although she is somewhat approachable but will avoid being touched.

Red Creek is protective, alert and sensitive. She is a wonderful mother and her offspring are consistently independent, but once they trust you it’s forever.

Arriving to North America in the 1500’s with Hernando DeSoto, the Choctaw Indian Pony was an integral part of Choctaw tribal culture, spirituality, and heritage by the 1800’s. This tough, small horse lived through struggles and tragedies with the tribe, including the forced relocation of the Choctaw and Cherokee peoples known as the “Trail of Tears”. The sturdy Choctaw pony carried the ill and elderly on their backs along the Trail of Tears. For years the tribal families would hide these treasured ponies in the hills to prevent their extermination.

The pure descendants of these horses are part of a conservation program founded by the late Gilbert Jones on Black Jack Mountain, Oklahoma in an effort to preserve their unique color genetics, temperment and heritage. Since the 1950’s, Gilbert Jones pioneered a conservation program for Spanish mustangs including the ‘Hidalgo horses’ and the Choctaw horses. In 2008, the timber company ceased all livestock and horse grazing leases on Blackjack Mountain and all the horses were removed. Bryant Rickman continues Gilbert Jones’s legacy in Oklahoma.

In 2005, Return to Freedom had collaborated with screenwriter John Fusco and launched The Choctaw Horse Conservation Program. Dr. Phillip Sponenberg chose a band of seven mares from Blackjack Mountain to join Chief Iktinike in forming a foundation group to help preserve these rare horses in what he calls ‘a genetic rescue’. 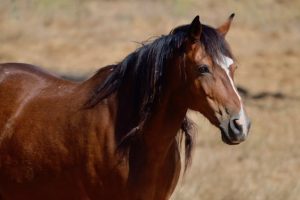 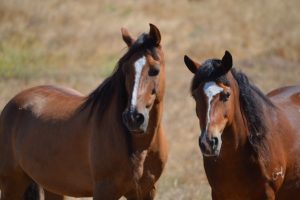