In the midst of Triple Crown season, the “Final Stretch Alliance to End Horse Slaughter” issues a joint letter to congressional leaders, calling for passage of the SAFE Act to end the slaughter of American horses 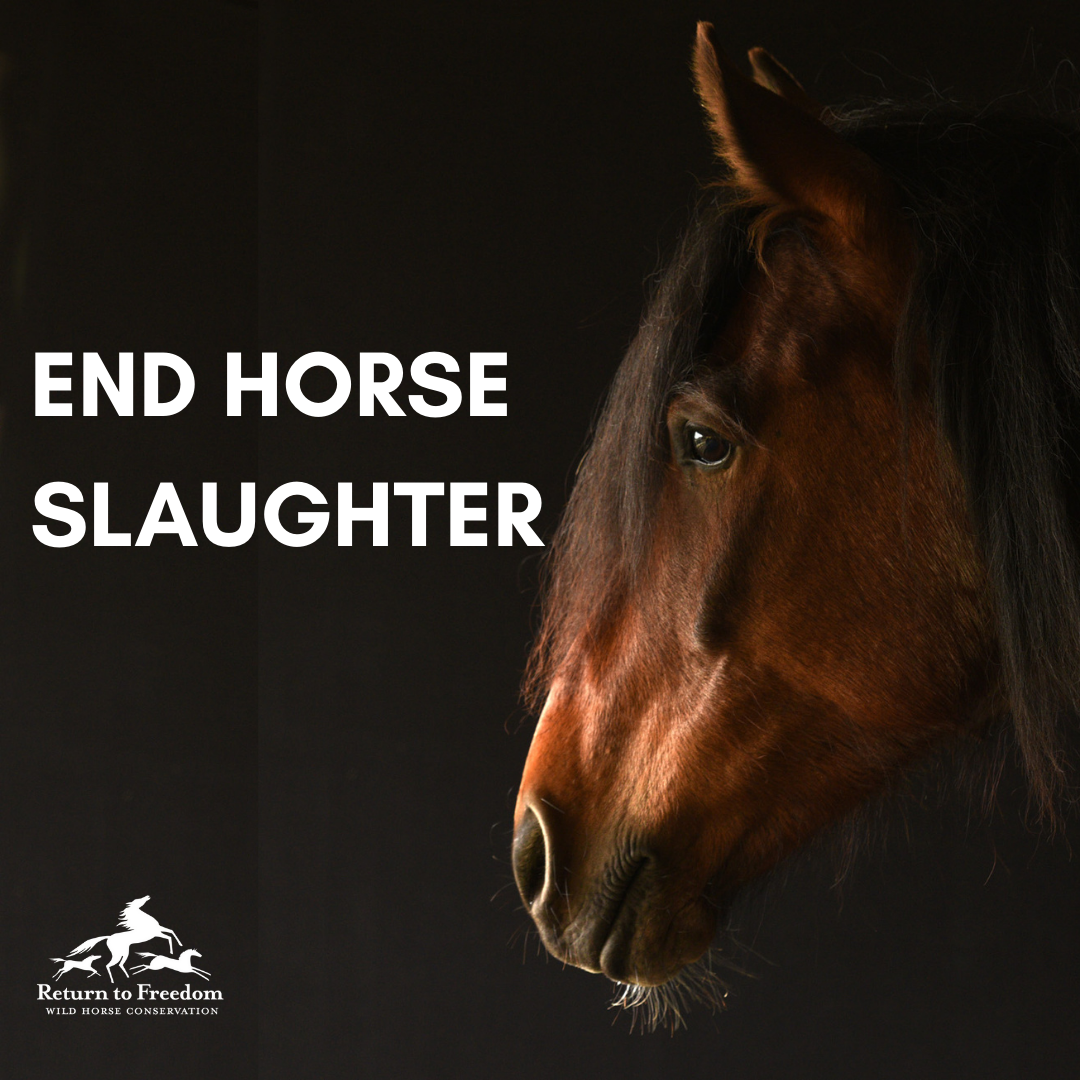 WASHINGTON, DC – Today, a diverse group of equine industry and animal welfare organizations announced the “Final Stretch Alliance to End Horse Slaughter” – a collaborative effort to permanently ban the slaughter of American horses. In an open letter to congressional leaders, including U.S. Representatives Nancy Pelosi (D-Calif.) and Kevin McCarthy (R-Calif.) and U.S. Senators Charles Schumer (D-N.Y.) and Mitch McConnell (Ky.), the alliance urged federal lawmakers to pass the Save America’s Forgotten Equines (SAFE) Act (H.R.3355/S.2732) to permanently ban horse slaughter in the U.S. and end the export of American horses for slaughter in other countries.

The supporting members of the “Final Stretch Alliance to End Horse Slaughter” include: The Jockey Club,  the U.S. Trotting Association, the Stronach Group, the Breeders’ Cup, Thoroughbred Owners and Breeders Association, The Jockey’s Guild, the New York Racing Association, Del Mar Thoroughbred Club, the Maryland Horse Council, the ASPCA® (The American Society for the Prevention of Cruelty to Animals®), the Animal Welfare Institute, the Humane Society of the United States, the Humane Society Legislative Fund, Return to Freedom Wild Horse Conservation, and many other industry voices.

Despite congressional efforts that have effectively blocked the operation of horse slaughterhouses on U.S. soil since 2007, tens of thousands of American horses continue to be shipped to Canadian and Mexican slaughterhouses that supply other countries with horsemeat. With the Triple Crown horse racing season underway and public attention on equine sports, equine industry and welfare groups are calling on federal lawmakers to take action during this critical moment by passing the SAFE Act to end this sad chapter in American history.

In the open letter, the groups highlight a recent poll indicating that an overwhelming majority of Americans (83%) oppose horse slaughter. The letter explains how, despite robust, innovative partnerships between equine industry and welfare groups to support horses transitioning between careers, the looming threat of the horse slaughter pipeline continues to significantly harm industry, enthusiasts, and adoption organizations:

“Racing industry groups have demonstrated real leadership in committing resources for aftercare and career transition programs, instituting and enforcing track policies against sale to slaughter, and spearheading state and federal policies prohibiting horse slaughter. These programs are critical, but until the law shuts down the slaughter pipeline itself, no horse, no matter how beloved or decorated, will be truly safe.”

The SAFE Act would close this legal loophole to stop the funneling of American horses to slaughter for human consumption abroad. Introduced by a bipartisan group of federal lawmakers, the SAFE Act is currently sponsored by nearly half of the U.S. House of Representatives.

“More than 1.6 million American horses — including an unknown number who once roamed freely on our public lands –  have been shipped to foreign slaughterhouses since the last such plant in the United States closed in 2007,” said Neda DeMayo, president of Return to Freedom Wild Horse Conservation. “Wild horses that once roamed freely on our public lands, pets, race horses, work horses — no American horse deserves to be shipped to an inhumane death in a foreign slaughterhouse. The national effort to end this practice began in Congress 21 years ago, so we call on everyone to join in ending this once and for all. Horse slaughter is wholly un-American and needs to end once and for all with the passage of the bipartisan SAFE Act.”

TAKE ACTION: Send an electronic letter to your members of Congress urging them to support this important legislation. Cosponsors will receive a thank-you letter.