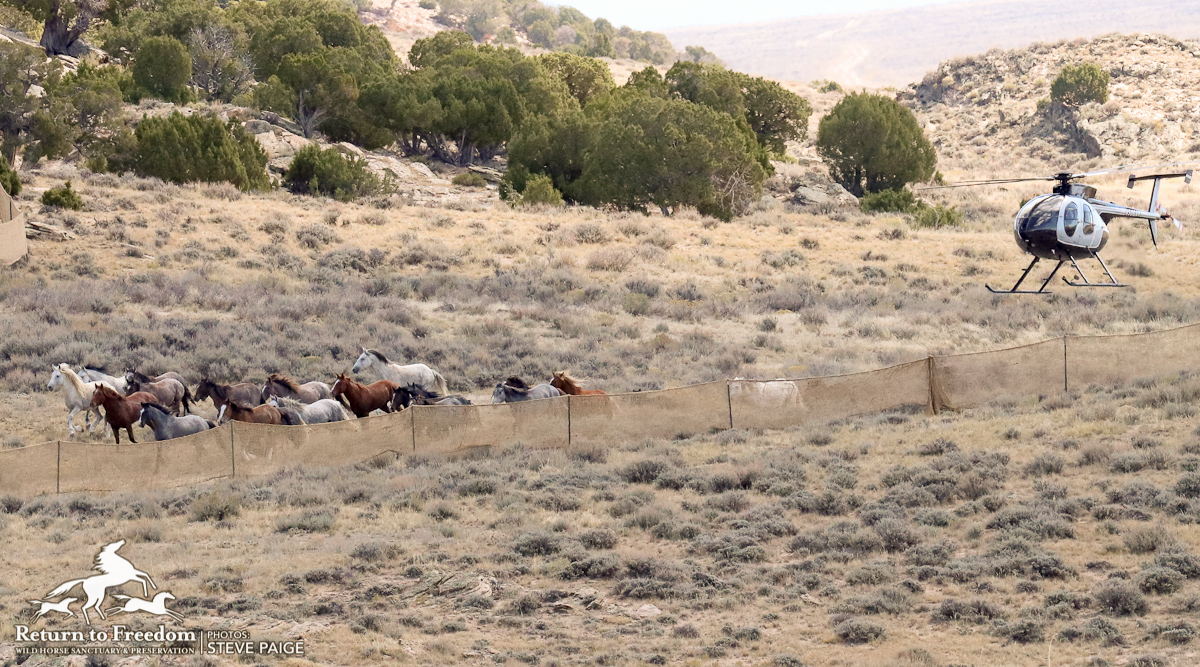 Wild horses are driven into the trap by a contractor’s helicopter during a 2017 roundup at the Adobe Town Herd Management Area in Wyoming. RTF file photo by Steve Paige.

Sixty wild horses were captured Monday and 105 on Sunday during the ongoing helicopter roundup on the Pine Nut Mountains Herd Management Area near Carson City, Nev.

A total of 294 wild horses have been captured during the first five days of a planned two-week, 575-horse helicopter roundup. No deaths have been reported among the 131 mares, 126 stallions and 37 foals captured through Monday.

In a press release, BLM justified the roundup by blaming “excessive grazing from wild horses” for “degraded sage-grouse habitat and reduced the amount of native grass both inside and outside the (Herd Management Area). Because of lack of forage and water within the HMA, horses have been moving into residential areas and roadways, creating a public safety issue.”

The roundup is being carried out by contractor Sampson Livestock in Lyon, Douglas, and Carson City Counties in an area south of Dayton, Nevada, and east of Carson City and Gardnerville, Nev.

Captured horses are to be transported to the Palomino Valley Off-Range Wild Horse and Burro Corrals in Reno, Nev., where they will be prepared for adoption or sale. Through Monday, 211 horses had been shipped.