A group of mares treated with fertility control run off toward the hills after being released onto the Sand Wash Basin Herd Management Area. All photos by Meg Frederick.

Forty-nine wild horses were released back onto the Herd Management Area: 25 mares treated with the safe, proven and humane fertility control vaccine PZP and 24 studs that were selected in cooperation with local volunteers on the Sand Wash Basin Advocacy Team. RTF strongly supports the use of fertility control to halt future roundups.

A 25th stallion, known as P.J. (Picasso Junior), the son of the late, famous mustang Picasso, was diagnosed with eye cancer and shipped with other captured horses to the Canon City, Colo., Off-Range Holding Corrals, his fate unknown. PJ’s family band was captured Sept. 6, but he refused to leave them, circling around the trap site until he too was captured. Another older stallion, River, was to be released with his longtime mare, Countess, but River was missed at the pens and also shipped.

Another of Picasso’s sons, Tango, whose capture we featured in our post on Sept. 6, was released, however.

Among the mares release was Em, lead mare of the stallion Corona, who escaped the trap on Sept. 4.

“We hope they find each other soon,” wrote Meg Frederick, a longtime photographer of Sand Wash Basin wild horses who has served as RTF’s humane observer during the roundup.

In addition, three other mares from Sand Wash Basin were transported to the Spring Herd Management Area in Southwest Colorado, where they were released.

Even as some wild horses were being released, others were being captured, however, as the BLM continued to round up wild horses that had wandered (often through gates left open by the members of the public) onto adjacent private and public land. Eighteen were captured on Saturday, with no deaths reported.

The total number of wild horses captured in and around the Sand Wash Basin Herd Management Area stands at 667, including those released. Before the roundup, BLM estimated the population of wild horses on the HMA at 896.

Two wild horses — one adult and one foal — have been confirmed killed since the start of the roundup, euthanized for what BLM described as pre-existing conditions but which observers believe were injuries caused by the roundup. Emotions have also run high because citizens attending have not seen enough diligence on the part of the agency in searching for missing foals and adult horses.

The BLM’s justification for the roundup is the number of “excess” wild horses on the Herd Management Area. The roundup was prioritized then as an emergency because of a lack of forage, especially at lower evaluations, with winter coming, according to BLM.

Prior to the roundup, BLM estimated the number of wild horses on Sand Wash at about 896 wild horses. The BLM-set “Appropriate Management Level” for the 157,730-acre Herd Management Area is 163-363, or as low as one horse for every 968 acres.

By comparison, BLM allows up to 19,758 Animal Unit Months of private cattle and sheep grazing on four allotments overlapping the Herd Management Area, or the equivalent of 1,647 cow-calf pairs annually. (One AUM equals monthly forage for one cow-calf pair, one horse or five sheep.) While wild horses are free-roaming all year long, seasons of use for livestock vary by allotment, with cattle use ranging from as low as two to as many as three months and sheep use ranging from as low as six to as many as eight months.

No cattle were grazed on the Herd Management Area in 2020-21, according to BLM, while 2,161 AUMs were allocated for sheep in 2020. Use varied by allotment with sheep allowed to graze as early as September and as late as May, according to planning documents.

In 2021, the trailing of sheep through the Herd Management Area has been the only livestock use. An active grazing period was not used, Leonard said, and an exact number of days has not yet been calculated.

Captured horses are to be transported to the BLM facility in Canon City for adoption or sale.

Last year, 300 mares on the Herd Management Area were treated with fertility control, in cooperation with advocates. Advocates will also provide input into which captured horses are released, BLM said.

The roundup is part of a plan to remove 6,000 additional wild horses from the range because of drought conditions by the end of September.

The BLM has established a Sand Wash Basin HMA Information Line for viewing opportunities at 970-673-7768. You must call ahead by 8 p.m. Mountain Time the previous day to let us know of your planned attendance. 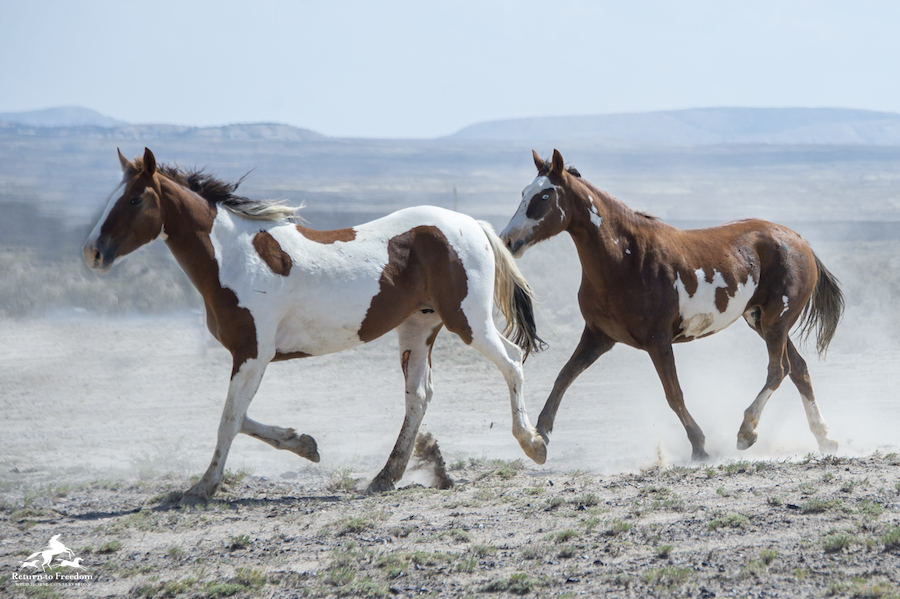 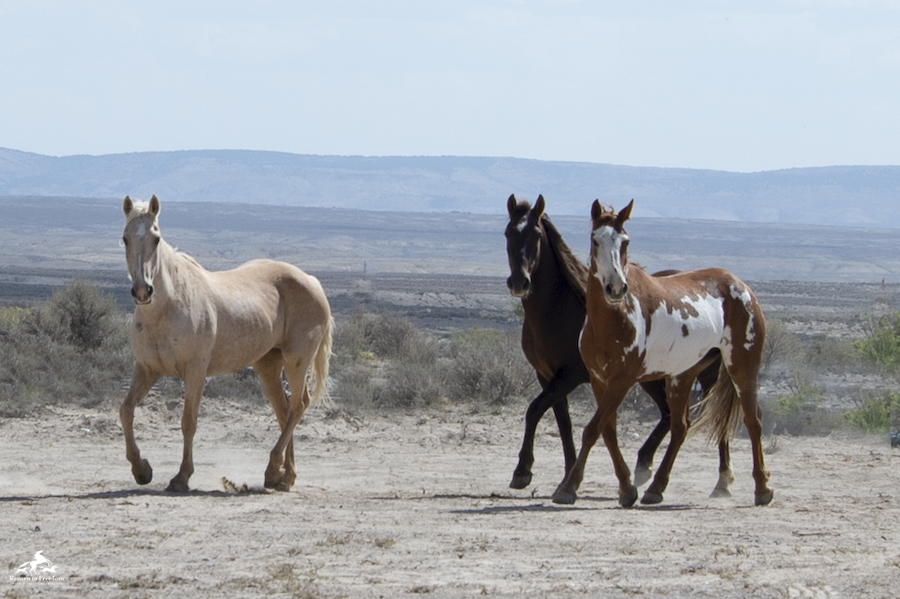 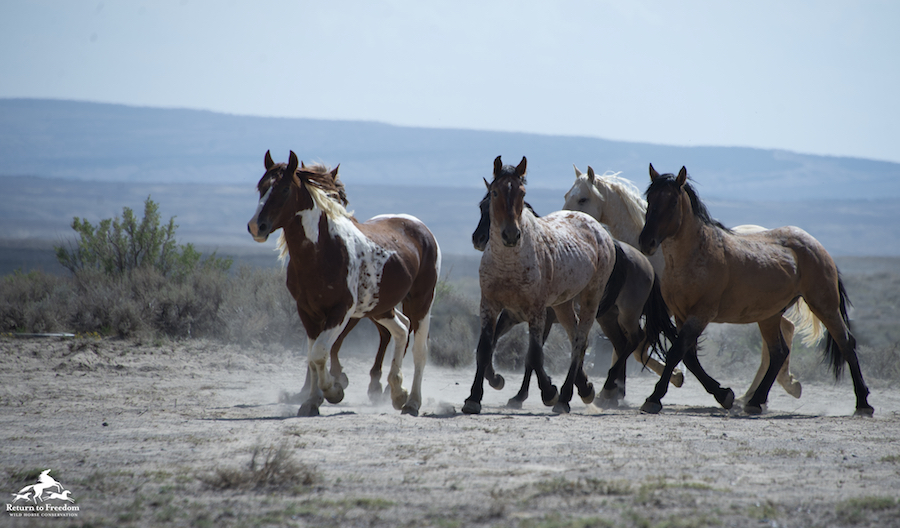