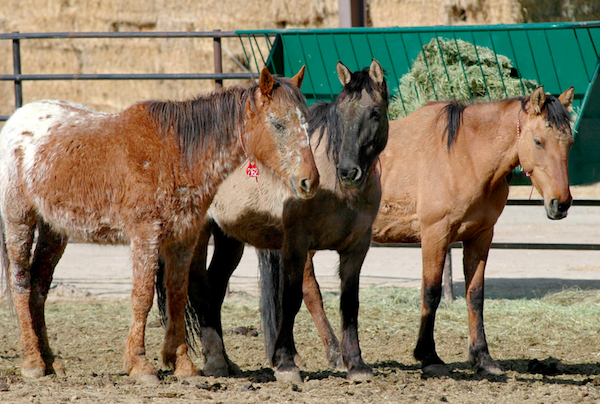 The Bureau of Land Management captured 80 wild horses on Wednesday, Feb. 21,  during the last day of the 22-day helicopter drive trapping at the Triple B Complex, in Nevada.

The 80  horses captured include 26 mares, 27 studs, and 17 foals. A 3-year-old cremello stud was euthanized due to blindness with a “hopeless prognosis for recovery”, according to the agency.

The 80 horses captured brings the total number of horses captured during the Trible B Complex helicopter roundup to 1,388. The stud that was euthanized brings the total deaths to 28 horses. Only 62 horses were returned to the HMAs during the roundup, significantly less than the approximate 250 mares 250 studs the BLM had originally planned to release. Only 28 mares were treated with PZP fertility control during the roundup.

The Triple B Complex helicopter drive trapping will officially conclude once all horses have been shipped to the Palomino Valley Wild Horse and Burro Adoption Center , where they will be prepared for adoption.