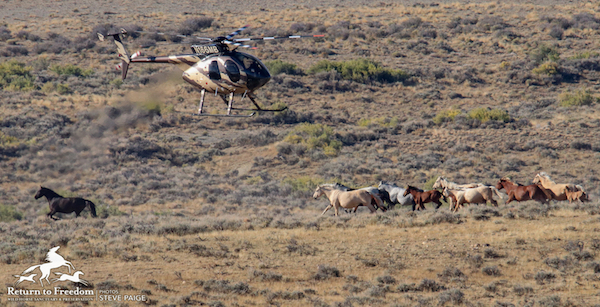 The Bureau of Land Management captured nine wild horses on Thursday and 34 on Friday, the first two days of the agency’s largest-ever planned helicopter roundup. No deaths were reported.