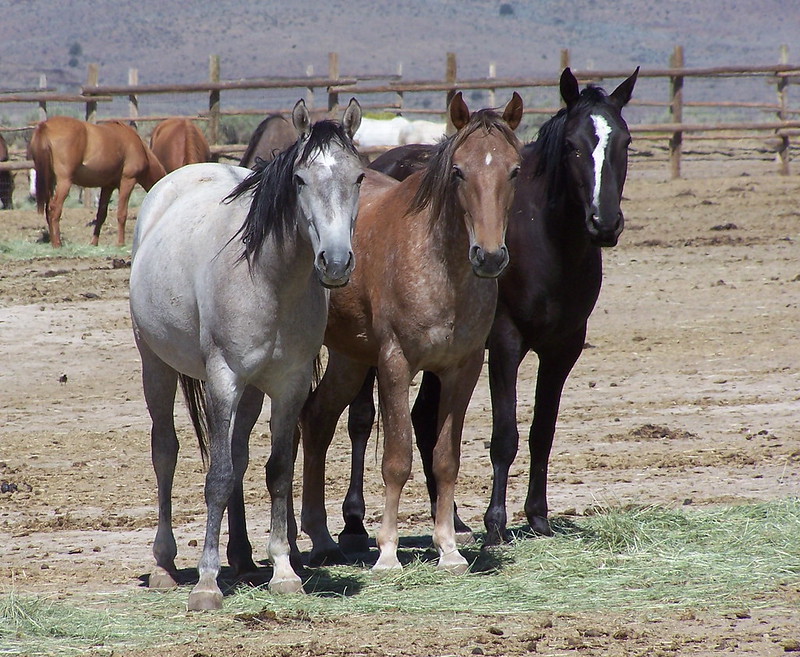 Young mares are shown at BLM’s Litchfield Wild Horse and Burros Corrals in this 2010 BLM photo.

The Bureau of Land Management announced on Tuesday that it was closing its Litchfield Wild Horse and Burro Corrals near Susanville, Calif., until further notice.

The BLM is doing so pending lab results on an infection affecting some horses recently removed from public rangelands, according to a press release.

The affected horses had abscesses consistent with pigeon fever, a highly contagious equine bacterial infection. They have been isolated in a “large holding area at the corrals,” according to the release.

The agency is working with a veterinarian to determine how long the corrals will be closed to the public, for fear that the infection could be passed to domestic horses.

The affected horses were captured on the Surprise Complex in northwest Nevada, where a helicopter roundup is ongoing. On Oct. 4, BLM noted in its gather report that it was ordering lab tests to determine whether some wild horses had pigeon fever.