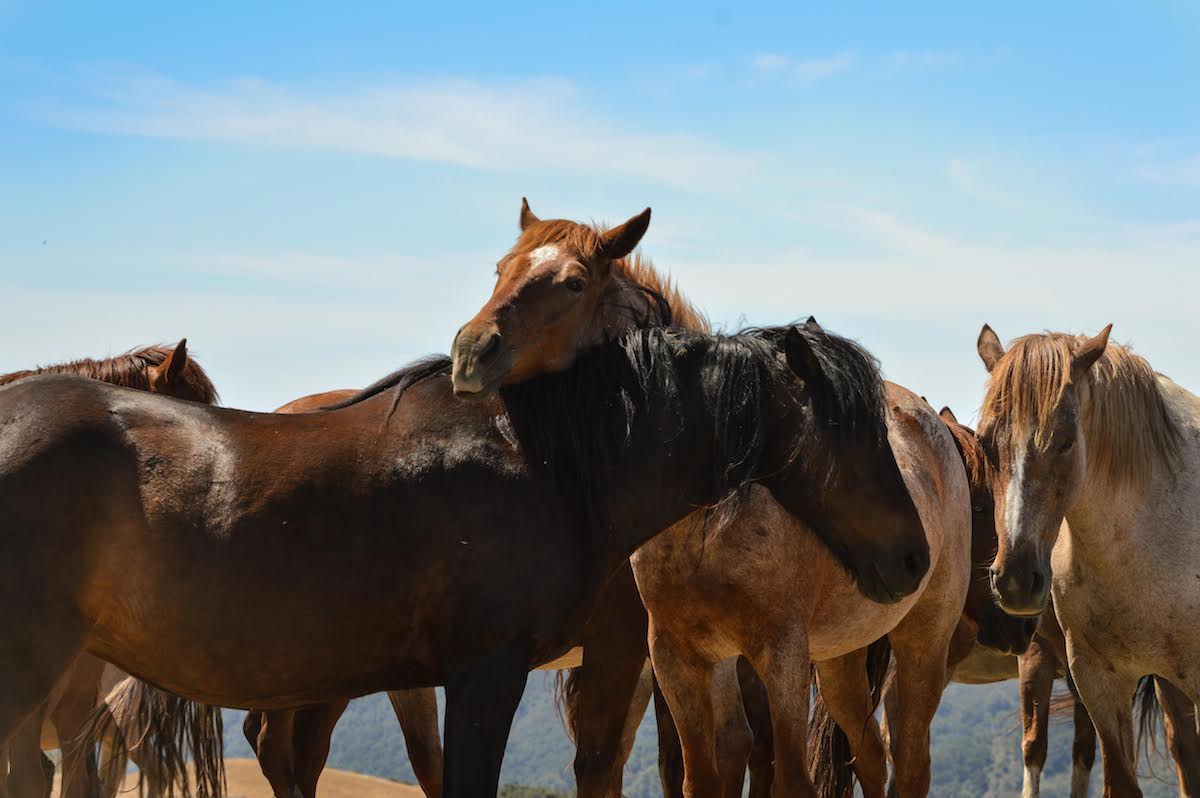 The Bureau of Land Management’s advisory panel on wild horses and burros sent what some could read as conflicting messages on the use of lethal methods to control exploding populations of feral animals trampling federal rangelands.

The National Wild Horse and Burro Advisory Board voted yesterday at its first meeting in nearly a year to approve a recommendation to BLM stating the panel would prefer that BLM use nonlethal management options for population control purposes when possible.

The recommendation — approved 4-3 by seven of the nine members present on the advisory board — breaks from recent board actions, particularly in 2016, when it approved a resolution supporting humane euthanasia for animals that could not be adopted. And the panel last year approved a resolution calling on BLM to remove all “excess animals” from federal rangelands within three years.

But the panel also voted yesterday to support a BLM proposal it submitted to Congress last spring that calls for lawmakers to “remove prohibitions” placed into appropriations bills that forbid BLM from using euthanasia and limit its ability to sell animals, as authorized under the Wild Free-Roaming Horses and Burros Act of 1971.

The advisory panel’s support for the proposal — the first of four options in the BLM report to Congress in April — indicates that while the members prefer that BLM prioritize fertility controls and increased adoption efforts, they are not averse to the idea of allowing the bureau to euthanize older or sick animals it cannot adopt out.

Indeed, several panel members said during the advisory board meeting in Salt Lake City, Utah, that approval of the recommendation to prioritize nonlethal controls should not be interpreted as a statement against the use of humane euthanasia if that’s the only way to cull an estimated 82,000 animals that are trampling federal rangelands across the West.

Rather, those who supported the recommendation — proposed by board member Celeste Carlisle, who serves as biologist and conservation science program coordinator for Return to Freedom — said they wanted to go on record stating that they “prefer” BLM first use nonlethal methods, such as horse gathers and sterilization, before resorting to killing excess animals.

James French, a panelist representing natural resources management, said he agreed — but only to a certain extent.

“What we’re trying to say is that in a perfect world, we’re not interested in the lethal option, either. But I don’t think we’re willing to walk away from it, either, if that’s the last resort we have,” French said.

He added: “I think, from a standpoint of making a statement, that we have a nonlethal management priority given the two choices; I’m OK with that. I’ll just state for the record that we still need to retain all the tools in the toolbox.”

But French and Carlisle were on opposite sides of the recommendation, approved 5-2, stating advisory board support for Option 1 in BLM’s 45-page wild horse and burro management report to Congress.

Option 1 in the report would remove restrictions on euthanasia and allow for the unlimited sale of unadopted horses and burros, among other things.

The recommendation — proposed by Steven Yardley, who represents livestock management interests on the panel — states that this option is the advisory panel’s “preferred path forward” for reducing herd sizes to appropriate management levels, or what regulators believe is the maximum number the rangeland can handle without causing damage to vegetation, soils and other resources.

A call to action

Throughout the advisory board hearing, which stretched over three days, Yardley, French and other panelists argued that aggressive action is critically needed to remove the 55,000 wild horses and burros that exceed appropriate management levels.

If BLM does not remove the excess animals quickly, they argued, some of the rangelands may no longer be able to support wild horses or any other kind of animals.

Bruce Rittenhouse, acting director of BLM’s Wild Horse and Burro Program, told the panel that “emergency gathers” increased this year, due to a lack of water and forage that endangered the animals. In some instances, BLM has to haul water to remote areas to save the horses.

“I would argue that there are horses currently that are being abused, inadvertently by the BLM, not by any choice of their own, but because their hands have been tied as to what they can do,” Yardley said. “And I think we need to do everything we can in our power as a board to not let that process continue to happen to an agency that has been given two very separate charges that are linked: the management of the land … and the management of the horses.”

Ben Masters, who represents wildlife management on the panel, was so disheartened that he proposed a formal recommendation directing BLM to notify state and local agencies with wild horse populations that the agency’s Wild Horse and Burro Program is “unsustainable” and “underfunded,” and that BLM “has no plan to stop the exponential growth of wild horses and burros, which are currently three times over the appropriate management level.”

The panel declined to consider the recommendation.

“I would not want to send a message to folks who might have an interest in becoming a partner [with BLM] in this thing … that we’re defeated, and that their involvement as such would be irrelevant,” French said.

Despite the occasional disagreements, the panel approved 11 other recommendations, most of them unanimously.

Among the successful recommendations were proposals “encouraging volunteer partnership opportunities” with 4-H and other youth advocacy groups, as well as local advocacy groups, to assist BLM with fertility control and adoption efforts.

Another recommendation supported BLM reaching out to military and veterans groups to help with adoptions and “fertility control application.”

The panel also approved a recommendation calling on BLM to use “safe, reversible vaccines as at least part of the fertility control management of mares captured and returned to the range.”