BLM to round up 575 wild horses from Pine Nut Mountains HMA (Nev.) 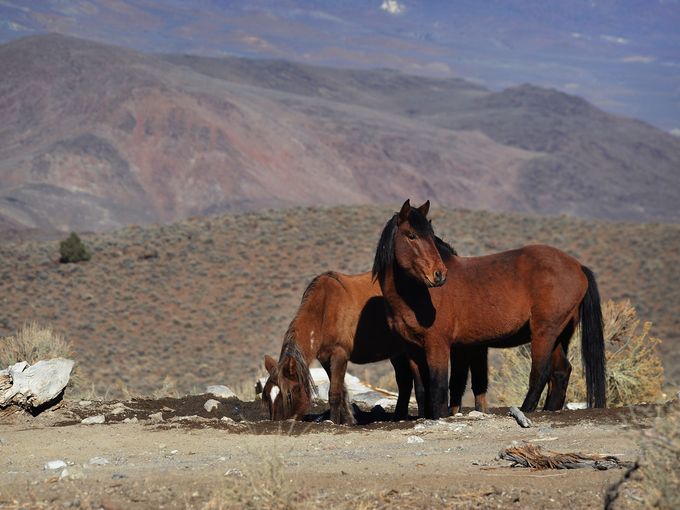 Starting on or about Wednesday, Feb. 6, the Bureau of Land Management plans to capture and remove 575 wild horses during a two-week helicopter roundup on the Pine Nut Mountains Herd Management Area near Carson City, Nev.

The roundup had been scheduled for Jan. 7, but it was delayed during the partial government shutdown.

In a press release, BLM blamed “excessive grazing from wild horses” for “degraded sage-grouse habitat and reduced the amount of native grass both inside and outside the (Herd Management Area). Because of lack of forage and water within the HMA, horses have been moving into residential areas and roadways, creating a public safety issue.”

The roundup will be carried out by contractor Sampson Livestock in Lyon, Douglas, and Carson City Counties in an area south of Dayton, Nevada, and east of Carson City and Gardnerville, Nev.

Captured horses will be separated from their family bands and sorted by age and gender. They will be transported to the Palomino Valley Off-Range Wild Horse and Burro Corrals in Reno, Nev., where they will be prepared for adoption or sale.