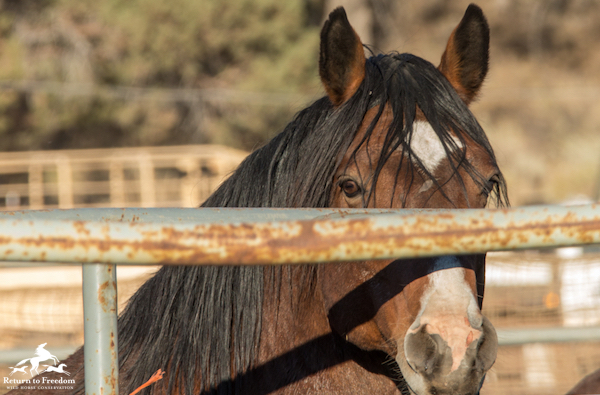 The U.S. Forest Service ended its wild horse helicopter roundup on the Devil’s Garden Plateau Wild Horse Territory near Alturas, Calif. A total of 506 wild horses (225 mares, 217 studs and 64 foals) were captured and removed from their home range. Five wild horses were killed during the roundup, four that were put down for unspecified pre-existing / chronic ailments or injuries and one for an acute injury suffered during the roundup. No further details were provided.

Nineteen wild horses were captured on Friday and 18 on Saturday, the 31st and 32nd and final day of the roundup.

USFS had set out to remove 600 wild horses from Devil’s Garden. “Though the goal was 600, challenging horses and changing weather patterns make 506 a successful outcome,” the agency said in a press release on Monday.

The USFS  was attempting to continue reducing the population of California’s last large wild horse herd to an “Appropriate Management Level” of 206-402 wild horses. “Reducing overpopulation helps address unsustainable impacts on aquatic resources, wildlife, hunting, grazing and other traditional cultural practices,” the USFS said in a press release before the roundup.

USFS did not treat and release any mares with safe, proven and humane fertility control vaccines, which would have slowed reproduction and could have halted future roundups.

By comparison, USFS permits 26,880 Animal Unit Months of seasonal livestock grazing on the wild horse territory, the equivalent of 2,240 cow-calf pairs annually. One Animal Unit Month is defined as a month’s forage for one horse, one cow / calf pair or five sheep.