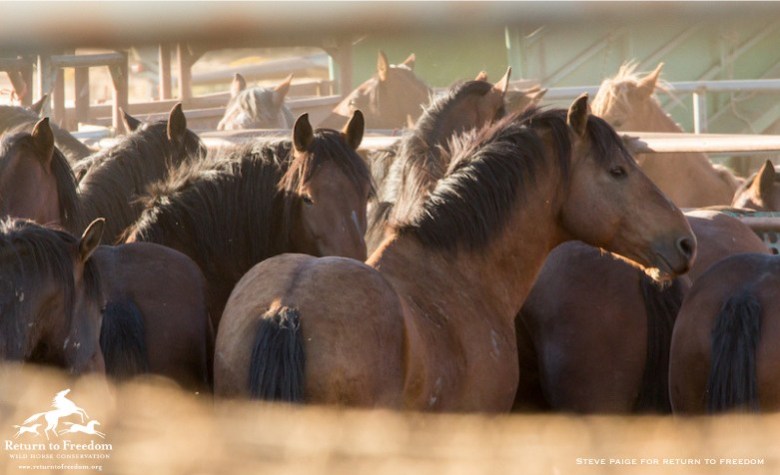 The U.S. Forest Service on Monday captured 29 wild horses and on Tuesday 22 on the fourth and fifth days of a 600-horse helicopter roundup on the Devil’s Garden Plateau Wild Horse Territory, located at Modoc National Forest near Alturas, Calif. A total of 100 wild horses have been captured so far. No deaths have been reported.