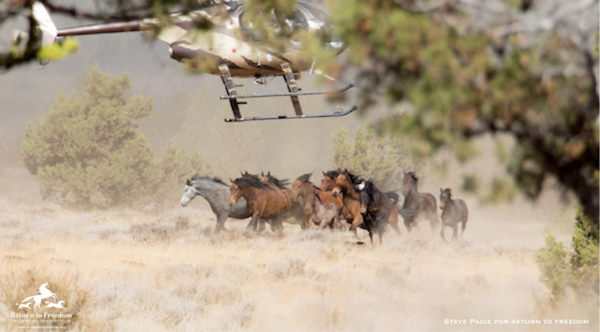 The U.S. Forest Service captured four wild horses on Friday and 42 on Saturday, the second and third days of a 600-horse helicopter roundup on the Devil’s Garden Plateau Wild Horse Territory, located at Modoc National Forest near Alturas, Calif. No deaths were reported.

The roundup was suspended on Sunday due to wind and rain.

A total of 49 wild horses have been captured so far.