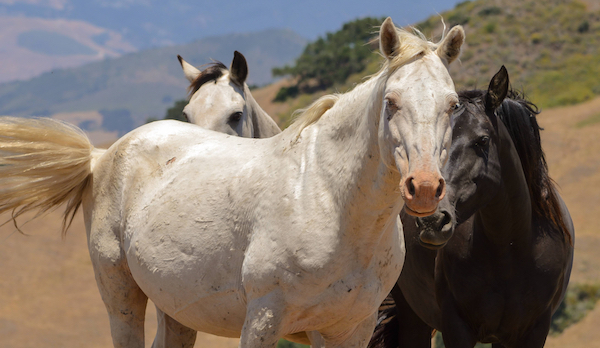 The Bureau of Land Management’s proposal to remove more than 1,700 wild horses from a Nevada herd area complies with federal laws, a judge has ruled.

Attorneys for a coalition of groups that challenged BLM’s 2018 decision to round up wild horses from a 700,000-acre section of the Caliente Herd Area in southeast Nevada say they are considering additional action.

BLM determined more than a decade ago that the federal rangelands at issue could not support the growing number of wild horses. The bureau has proposed removing the animals in the Caliente area in phases over 10 years.

The coalition — including two wild horse advocacy groups and the Western Watersheds Project, which opposes grazing on federal rangelands — had filed a lawsuit in the D.C. district court challenging the roundup as violating the Wild and Free-Roaming Horses and Burros Act of 1971 as well as the National Environmental Policy Act.

The complaint alleged that BLM failed to take a “hard look” at the environmental impacts of removing the horses, as required by NEPA, while still allowing cattle to graze in the area. In essence, the lawsuit says BLM violated its multiple-use mandate by choosing livestock over wild horses.

But Howell concluded in a memorandum opinion issued late yesterday that BLM acted appropriately in determining that the excess horses need to be removed to protect federal rangelands and the health of the animals themselves.

“BLM’s 2018 Gather Decision was issued after the agency took a sufficiently ‘hard look’ at the environmental impacts of that action, considered reasonable alternatives, and disclosed relevant environmental information to the public to enable participation in the process,” Howell wrote in her 45-page opinion.

Howell, an Obama appointee, also rejected arguments that BLM should have considered simultaneously reducing the number of livestock grazing in the herd area. She also discarded challenges to BLM’s decision in 2008 to revise a resource management plan that concluded the Caliente area would no longer “be managed for wild horses” — a decision that led to an initial roundup of 308 horses a year later.

“Yet, the plaintiffs never challenged the 2008 decision to manage the Caliente Complex for no horses nor the gather conducted in 2009,” she wrote. “Even now, the plaintiffs do not argue that the current wild horse population is sustainable or that the agency action is unnecessary.

Thus, Howell concluded that although the groups’ “concern for wild horses appears to be heartfelt … the time limit for challenging BLM’s 2008 decision expired years ago.”

BLM and the Interior Department do not publicly comment on matters related to ongoing litigation.

But William Eubanks, a Washington-based attorney for the coalition of groups, said in a statement that they are considering additional action.

“Nothing in BLM’s 2008 Resource Management Plan or its 2018 Environmental Assessment seriously analyzes — let alone explains — how these vast areas of public lands cannot sustain even a single federally protected wild horse but at the same time can support thousands of privately owned cattle and sheep that continue to damage the range,” Eubanks said in his statement.

“As a result, we are considering our options in light of the court’s opinion.”

Howell’s opinion comes at a time when BLM has said it needs to take serious action to reduce growing wild horse herds that are trampling federal rangelands across the West.

There are nearly 90,000 wild horses and burros on roughly 27 million acres of federal herd management areas — more than three times the level BLM says that rangelands can support without damaging vegetation, soils and other resources.

BLM acting chief William Perry Pendley has come under fire for calling the current population of wild horses an “existential threat” to the health of federal rangelands. Critics have noted Pendley’s characterization of the issue ignores the impacts of increased oil and gas drilling, livestock grazing, and climate change.

The budget proposal would also authorize Interior Secretary David Bernhardt to “implement a program that uses a combination of techniques or treatments,” all nonlethal, to reduce herd sizes to sustainable levels.

Nevada is home to more wild horses on federal lands than any state, with more than 47,000 horses and burros roaming some 14 million acres of herd management areas.