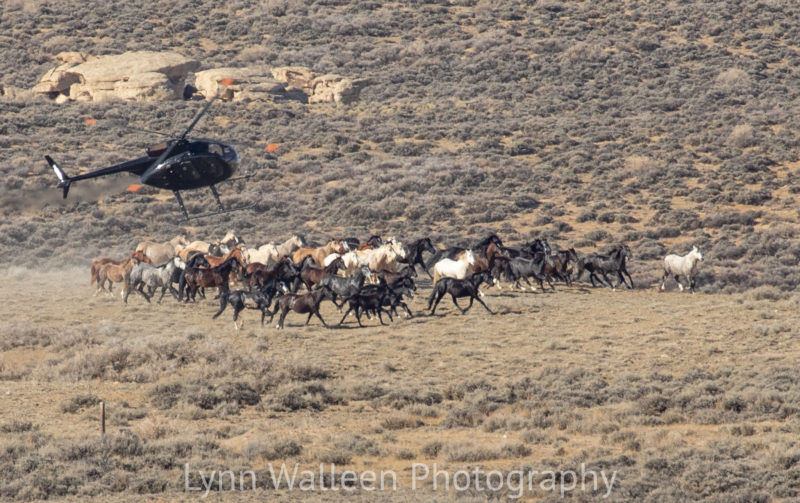 A contractor’s helicopter drives wild horses toward the trap site during the roundup on the Salt Wells Creek Herd Management Area in Wyoming. Photo courtesy of Lynn Walleen.

The Bureau of Land Management on Friday captured 112 wild horses on the White Mountain Herd Management Area as the agency’s largest-ever helicopter roundup continued. No wild horses were killed on Friday.

BLM has captured a total of 3,240 wild horses (1,308 stallions, 1,357 stallions and 687 foals), so far. Twenty wild horses have been killed, 11 put down for what the agency classified as “pre-existing / chronic” conditions, like clubfoot and severe arthritis, while nine have suffered “acute / sudden deaths,” like broken necks.