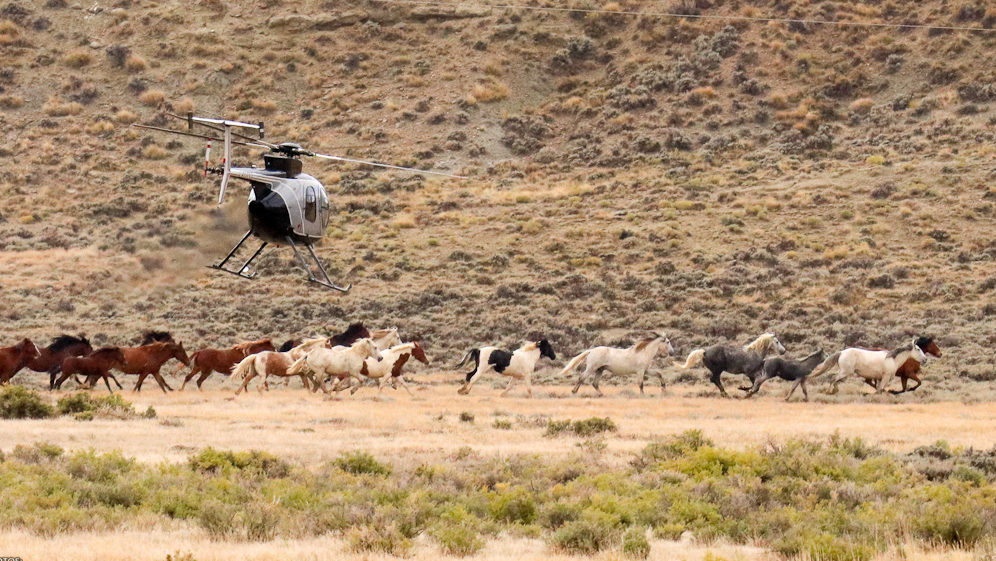 A contractor’s helicopter drives wild horses toward the trap site during a 2017 roundup in Wyoming’s Checkerboard region. RTF file photo.

The Bureau of Land Management on Thursday captured 26 wild horses in southwest Wyoming on the eighth day of the agency’s largest-ever planned helicopter roundup.

Two wild horses were put down for having a club foot, according to BLM’s gather report. Theirs were the first two reported deaths of the roundup.

No roundup flights were conducted Tuesday and Wednesday due to high winds.