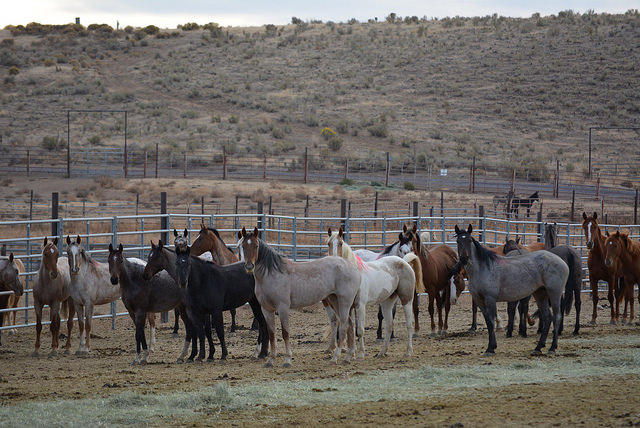 Through Monday, the Bureau of Land Management has captured 838 wild horses, 32 burros and two mules at the Warm Springs Herd Management Area in Oregon during a helicopter roundup preceding a planned spay study on 100 wild mares.

Of the animals captured, 32 have died, including one each on Friday and Sunday, according to BLM:

For a full list of deaths and causes, see the BLM’s daily gather reports.

On Saturday, a large stud leapt out of the temporary holding pen and escaped, according to BLM.

BLM set out to capture the entire population of more than 800 wild horses and remove about 652 wild horses from the 475,460-acre Warm Springs Herd Management Area, located about 25 miles west of Burns, Ore., because the agency says it cannot support the population. “Water availability is currently inadequate to support part of the herd and BLM has been hauling water to sustain approximately 236 animals until they are able to be gathered,” the agency said in a press release.