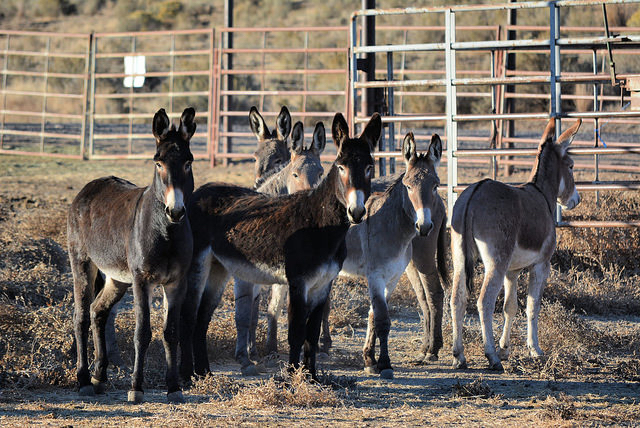 A 6-month-old sorrel filly died on Monday at the Warm Springs Herd Management in Oregon, bringing to 28 the number of animals that have died during the ongoing helicopter roundup there.

The foal’s preliminary cause of death was listed as “gather myopathy.” Capture myopathy is muscle damage caused by extreme exertion, struggle or stress. A necropsy report is pending, according to BLM.

In all, 690 wild horses, 30 burros and two mules have been captured in the roundup, the prelude to a permanent sterilization study that BLM plans to perform on 100 wild mares.

BLM set out to remove about 652 wild horses from the 475,460-acre Warm Springs Herd Management Area, located about 25 miles west of Burns, Ore., because the agency says it cannot support the estimated population of more than 800 wild horses. “Water availability is currently inadequate to support part of the herd and BLM has been hauling water to sustain approximately 236 animals until they are able to be gathered,” the agency said in a press release.

Three wild horses, including two other foals, have died of injuries suffered during the roundup:

Another 24 have been put down for what BLM says were pre-exisiting injuries — including nine on Oct. 5 alone for what the agency says were “angular limb deformities.”

“Because these angular limb deformities appear to have a genetic component and because the severity of these deformities were causing severe lameness, these animals were not suited to return to the range or placement in off-range holding or adoption. These conditions were indicated by club feet, severely overgrown hoof walls, collapsed heals, limb deformity, arthritic joints, toes pointed out at the fetlock, and lameness,” BLM wrote in its gather report.